The World Standard for testing audio devices and loudspeakers

GerrAudio is the recognized test authority in Canada for sales, service and rentals 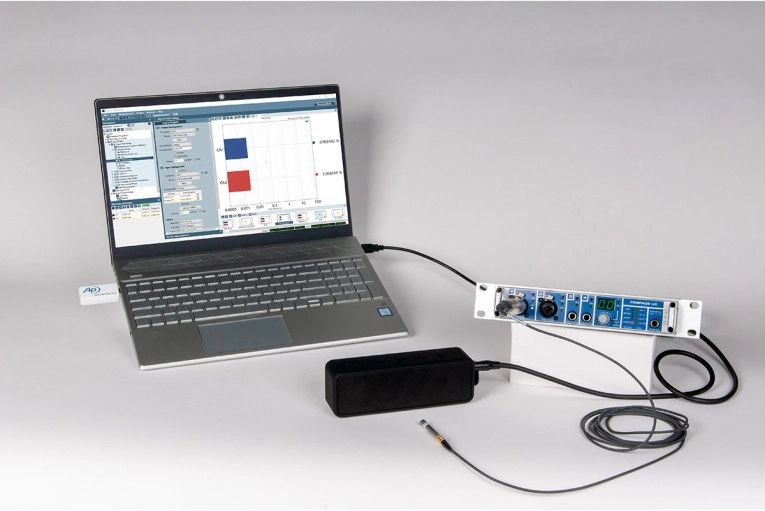 Audio Precision has unveiled its new APx500 Flex audio analyzer, a completely new class of test and measurement solutions designed to support the use of APx audio measurement software with ASIO-capable third-party audio interfaces or sound cards. With the introduction of APx500 Flex, manufacturers can cost-effectively deploy the measurement capabilities, flexibility and quality of APx software to their production lines at a much lower price.

ABC-MRT, or Articulation-Band Correlation Modified Rhyme Test, was developed by the Institute for Telecommunication Sciences (ITS) of the United States National Telecommunications and Information Administration (NTIA). It follows the paradigm of the Modified Rhyme Test, a technique for assessing speech intelligibility that involves subjective assessment by human subjects as detailed in ANSI/ASA Standard S3.2. To eliminate the time, complexity, and expense of the traditional human subject-based methodology, ABC-MRT uses a form of automatic speech recognition (ASR) to conduct an automated measurement that is closely correlated—greater than 95%—to a Modified Rhyme Test. An added benefit of ABC-MRT is its use of real speech (English only), allowing it to support the testing of systems that use noise suppression and/or codecs that only pass speech.

Click Here to Learn More or Purchase a License 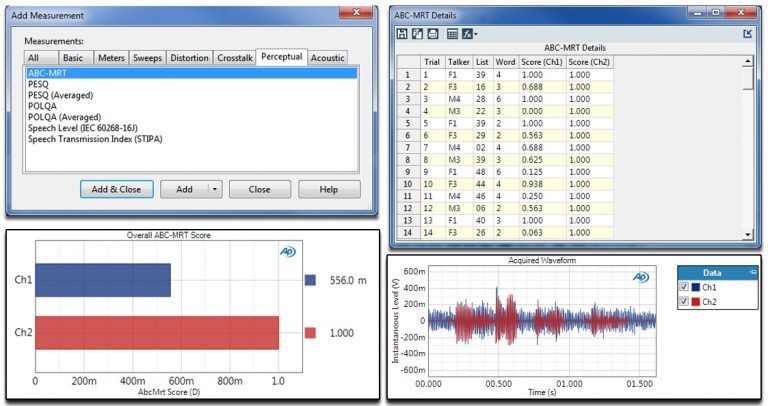