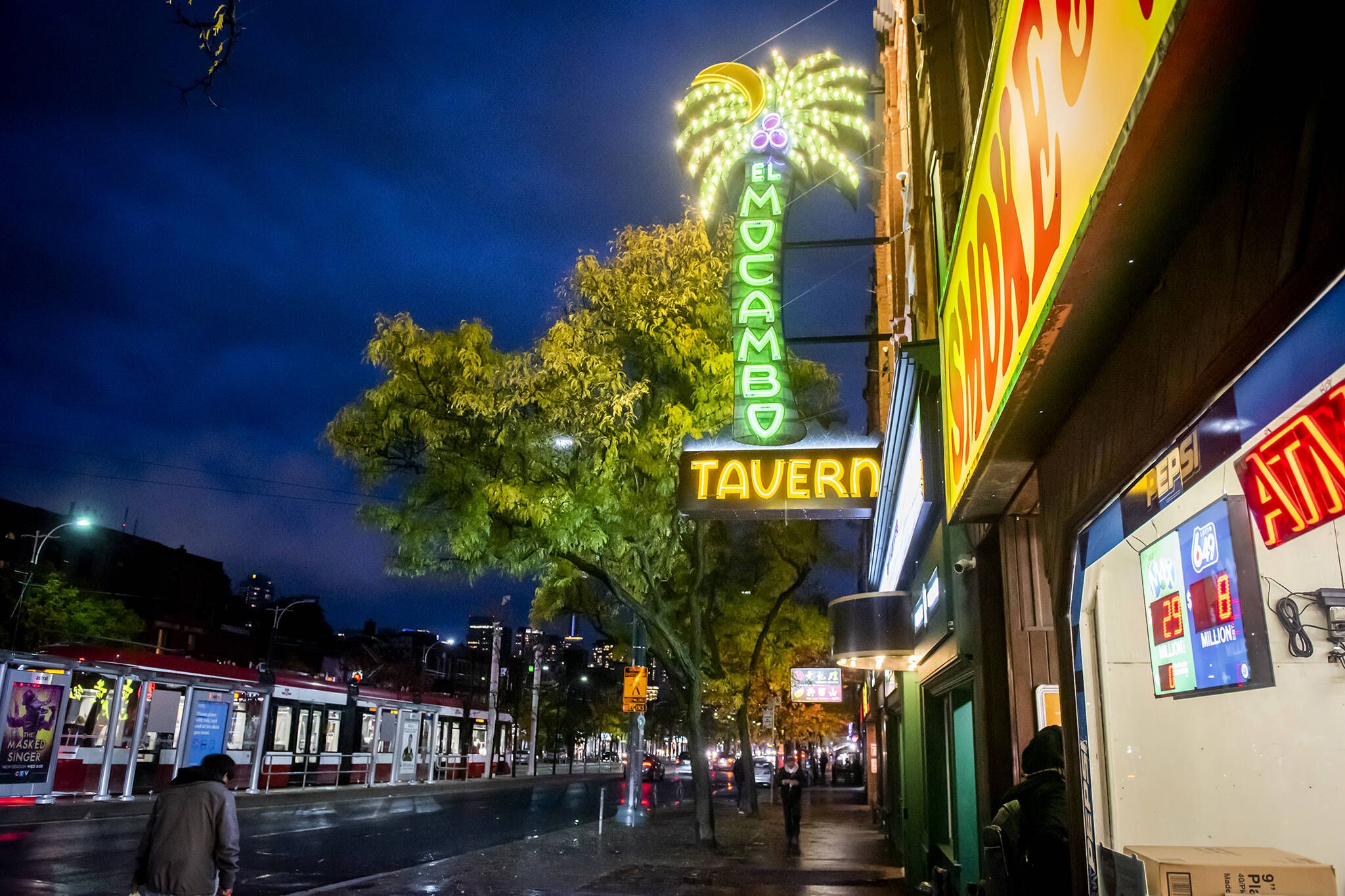 TORONTO, ONTARIO:  For decades, the El Mocambo’s iconic neon palm tree sign has beckoned music fans to come in and rock out.

Since first opening in the 1940s, the venue has hosted emerging artists and world-renowned acts including the likes of U2, Blondie, Jimi Hendrix, Fats Domino, and, perhaps most famously, The Rolling Stones.

Sadly, in the late-2000s, it seemed the venue would close its doors forever. At least until Toronto financier, philanthropist, and ‘Dragon’, Michael Wekerle, bought the space and announced plans to undo years of neglect and give the legendary ‘El Mo’ a new lease on life.

Far beyond simply re-opening and restoring the El Mocambo, however, Wekerle and a team of dedicated music industry partners, including audio industry veteran, Jamie Howieson (Executive Designer on the project), have reimagined and refitted the space; creating a truly industry-leading, world-class performance, recording, and broadcast facility.

“It’s an iconic Canadian venue with a musical history that’s unparalleled,” says Howieson, adding that they’ve backed up that legacy with the technology inhabiting the venue, the overall design, and the facility’s capabilities as a turnkey content factory. “It’s a remarkable combination of all of that,” he continues; “the perfect canvas for artists to create on when they come in.”

In addition to designing the venue’s recording, broadcast, and performance systems, which include three DiGiCo SD Series consoles for the ‘El Mo’s’ live rooms, Howieson also served as contract manager for the rebuild – a scope of work that included structural, electrical, and acoustical design. It was a huge job and one that he clearly feels was worth every second put into it. “There’s just such a ‘wow factor’ in terms of the technology and the artistic design that has gone into the venue. There’s nothing like it, with this much power, and such a great musical vibe to it.”

Howieson’s approach to designing the El Mocambo’s systems included ensuring the facility provided technology that suited international technical riders – specifically the top three preferences on those riders. “And in those top three, DiGiCo was always there. But the very first reason I chose DiGiCo was because of the sonic capabilities of the SD12s and SD9. They’re very musical sounding desks.”

For his part, GerrAudio Distribution Sales Manager, Geoff Maurice, is beyond pleased that DiGiCo consoles are an integral part of the legendary venue’s systems. “It’s an honour to get the opportunity to be part of this. I think everybody realized that the consoles you put into a space like the El Mocambo need to be as high quality as possible – and DiGiCo has become the name that’s associated with that level of quality.”

The fact that DiGiCo is a mixing platform many touring engineers are used to is a plus, but secondary to how the consoles sound, Howieson asserts. “A lot of people in our industry, the first thing they’ll say is that a console is easy to operate, or the footprint is perfect for the road. What we used to always say when we listened to a console was, most importantly, that it sounds amazing; because we’re in the sound industry,” he adds, laughing. “We worry about all the rest of the bells and whistles after that.”

In all, three DiGiCo consoles are deployed at the El Mocambo – an SD9 for FOH in Floor One’s 350-capacity ‘Starlight Room’, and two SD12s (one for FOH and one for monitors) for the 450-capacity main stage on Floor Two. The house consoles are connected to the rest of the facility’s recording/broadcast systems via a Crestron control system and Dante – thus allowing audio and video to be sent to anywhere in the building, from anywhere in the building, for capture and/or broadcast.

Additionally, three DiGiCo SD Racks are also deployed in the venue: “One on Floor One and two on Floor Two, says Ken Friesen, a freelance engineer whose extensive experience as a FOH/monitor and broadcast engineer prompted Howieson to bring him on to mix numerous events since the re-opening. “Jamie and I go way back. Probably to the first tour I did out of Toronto as a monitor tech,” Friesen says. “I spent time at the El Mocambo back in the day and the change is overwhelming. It’s still the ‘El Mo’, but it’s equipped for the future in all aspects. They’ve really gone to town to make this a top-class facility.”

A long-time DiGiCo user himself, Friesen sees the consoles as an ideal fit for the venue. “If you’re touring Canada and using house consoles, you’re going to see DiGiCo a lot; most often the SD9. But my favourite is the SD12. It has two fader banks of 12 and two touchscreens. So, for monitors, I set up with all my outputs on the right and my inputs on the left in banks of 12. When you solo the mix, the graphic EQ pops up on one side and the other faders go to the mix on the other side. In a world where nobody’s built dedicated monitor consoles since the days of big analog, it feels very usable.”

Like Howieson, Friesen also emphasizes sound quality over other considerations above all, which, he says, “In this era of convenience sound quality doesn’t get talked about enough sometimes. Beyond that, there’s no outboard gear – everything happens inside the one interface. In a roadhouse you need mix surfaces that are acceptable to the majority of the people who are coming in.” And, he adds, intuitive enough that anyone who’s unfamiliar with them can get up to speed on quickly. For example, Friesen says: “One engineer came in who’d never used a DiGiCo board, but I had him up and running, and comfortable, very quickly, without missing a beat.”

Mark Radu, Senior Systems Designer for the Toronto office of Solotech (installers/integrators for the project), concurs. With regards to the choice of DiGiCo, Radu says: “It was a pretty quick discussion with Jamie – there was no second option.” While not nearly as important as sonics, the compact footprint of the consoles is helpful, Radu continues: “It’s a smaller venue, so it’s unlikely you’d put an SD7 in there, but with the scalability of the software, somebody can take a show file from an SD7 and scale it down for an SD12 or SD9, and that’s important.”

While Wekerle and Howieson couldn’t have foreseen the Covid pandemic and the absolute horror show it’s been for the music industry, the El Mocambo’s extensive capabilities and state-of-the-art AV and broadcast infrastructure seem custom created for just such an eventuality. As Friesen puts it, “With the El Mocambo, they were building for the future, and then the future found them.”

Although they haven’t been able to mount the number of shows and events that would have taken place during a ‘normal’ year, it’s not like the venue is sitting idle. Since the El Mocambo’s virtual debut on Canada Day 2020 (which featured in-house performances from Kim Mitchell, July Talk, Haviah Mighty, Jully Black, among others), a variety of events have been mounted in the space. Among them, live stream shows with acts such as Big Wreck and Coney Hatch, and Indigenous Days 2020, for which, Howieson notes, “We did all of their recording – audio, and video.” More events are coming up, he adds.

Perhaps there’s no better way to underline what’s been achieved with the El Mocambo than to say that, when the future came to call – and drop a world of hurt on the shoulders of the music and live event industry – the El Mo was ready. “Legacy aside,” Radu sums up, “the El Mocambo is one of a kind.” Even when compared to far larger, perhaps better-known venues, he adds: “A venue of this size, outfitted as it is from a live performance side, recording side, and post-production side – and the integration between all of that. There’s nothing like it anywhere else in the world.” 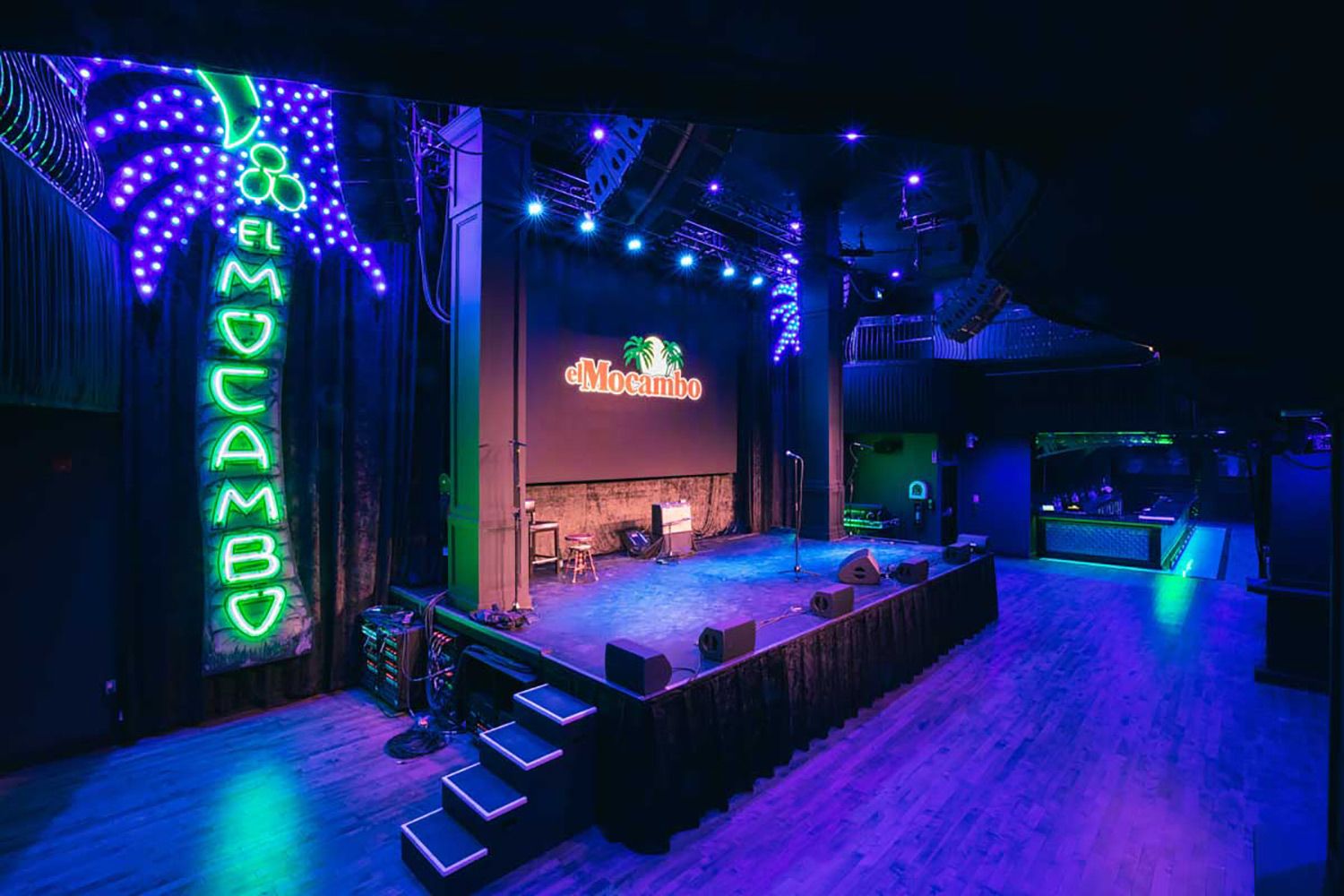