Mother Mother Hits the Road with DPA Microphones
"The capsules we originally had specified for the tour weren't working for her [vocalist Molly Guldemond], so I said, why don't we try this wired DPA 2028 and see what happens?"  Immediately, "it was like night and day.  She loved the way the 2028 made her voice more present while cleaning up the harshness of the the stage bleed."  -  Andrew 'Slipper' Brown, FOH Engineer, Mother Mother
3 March, 2022 by
GerrAudio Distribution Inc., Peter James

When we caught up with Andrew “Slipper" Brown during Mother Mother’s US tour in early 2022, he was taking a well-earned day off in Buffalo, New York. Aside from a blast of winter weather that is less than welcome, everything is going very well for Brown and the band. “Currently, we’re selling out 1000-plus capacity rooms,” Brown says. Down the line, the venues are only getting larger,” he adds, “double, and in some cases, triple the capacity of what they’re playing now. It’s awesome to see that and they deserve it – they’ve worked so hard.”

Since releasing their self-titled debut in 2005, the BC-based band has toured extensively and built a loyal following globally. Lately, they’ve been enjoying a substantial bump internationally, thanks to several songs from their 2007 record, O My Heart, going viral on TikTok during the pandemic.

That’s attracted a whole new generation of fans, Brown says: “Every night, our lead singer, Ryan Guldemond asks the audience how many people are seeing Mother Mother for the first time, and it’s a huge percentage of the audience.” Brown is thrilled to be serving as the band’s Tour Manager and FOH mixer. “I’m genuinely a big fan of their music, and that makes mixing them a lot more fun.”

Brown started with Mother Mother on some one-off gigs in 2017 and took over at FOH when the position opened up in 2018. “The first full tour I did with them was the O My Heart 10th Anniversary run. I think we worked well together, and it’s been a good trip ever since.”

When the Coronavirus put the brakes on touring, Brown took time to tweak their console package and mic pack, adding several tools to his personal FOH rig, including several DPA microphones. “I’m a big fan of DPA,” he says, adding, “It’s actually kind of funny how this worked out. I ended up winning a DPA 2028 handheld in an Instagram contest last year when we were out doing preproduction for these shows.”

That, Brown says, helped solve an issue with vocalist/keyboardist, Molly Guldemond’s, in-ear mix. “She’s got a beautiful voice but is extremely soft-spoken. Her vocal range sits right in the wash of cymbal bleed making her in-ear mix a big challenge. During preproduction we were trying some different things out,” he continues, citing their recent adoption of a Shure Axient wireless system. “But the capsules we had weren’t working for her, so I said, why don’t we try this wired DPA and see if that works?” Immediately, “It was like night and day. She loved the way it made her voice more present while cleaning up the harshness of stage bleed.”

With the whole band on ears, and no guitar amps on stage, the only truly loud sound source on stage is the drum kit. “And that – coming into three different mics, in three different positions downstage – can be a nightmare on smaller stages. When the singers are off their mics, having the best quality sound possible from those sources definitely makes my life a lot easier at FOH.”

Now, all three vocalists are using DPA 2028s wireless capsules. “Mother Mother is an extremely vocal-heavy band, so much of their sound comes from the three vocalists harmonizing together. With any mix, making vocals front and center is key, but with Mother Mother, making sure it’s so clear that, at all times, you can differentiate between each singer is paramount. The 2028 capsules really make that job a lot easier.”

Additionally, Brown’s moved to DPA 4099s for drummer Ali Siadat’s toms. “I’m an ex-drummer, so drum sounds are always really important to me. I’ve used so many different options on toms, and there are a lot of good options. But the trouble I’ve always had is that I’ll stand by the drum kit, listen to the drums, and they sound great. Then I get back to my console and it didn’t matter what mic I was putting on the toms it just didn’t sound the same.” After his success with the DPA 2028s, it was a natural progression for him to address that issue with DPA. After demoing a pair of 4099s from GerrAudio: “Within a day I was like, ‘I’m going to buy these. I’ve got to have them.’ They’re just so transparent. There’s no colouration. What you point them at, is what you’re going to get, which helps me get the toms big in the mix.”

While audio quality is Brown’s primary concern, the 4099’s low profile also helps. “Because of the way Ali’s kit is set up, there’s barely enough room to get the stands we need for some other elements placed. He’s always been reliant on clip mics, but the fact the DPA 4099s are so small makes everything easier to set up, which is a massive benefit. Also, on the toms, I’m triggering all the gates with Pintech RS-5 external triggers, which allows me to gain those mics up pretty high, so the toms cut through the mix and disappear right away. That’s a huge advantage as well.”

Brown has used DPA mics previously, he adds, citing his time at FOH with Big Wreck when he borrowed several mics from a friend with a DPA Masters Demo kit. “I used the 4011 pencil condensers for Ian Thornley’s guitar rig because I was curious to see what they were like. And it was the same thing; push the faders up, hi-pass if you need to, then leave it. They’re so transparent and natural.”

With vocals covered, and the drum kit the only other source on stage that’s mic’d, going forward, Brown intends to add additional DPA mics for Siadat’s kit. “I’m thinking about making the switch over to DPA for overheads and/or under heads, and hi-hats. I’d also be interested to try some other options out on the snare, but I wanted to take the first step with the toms.”

With Mother Mother’s star on the rise worldwide, Brown put a significant amount of thought into the console package he wanted to carry on this and upcoming tours. “I’ve been a DiGiCo user for years. On the last Mother Mother tour, I carried an SD12 and loved it. I’ve also toured with the S Series with Big Wreck. Anytime I can’t carry a desk of my choosing, DiGiCo is top of the list on the rider. No question.”

GerrAudio’s support in terms of various technologies Brown has used over time has left a lasting impression, he says. “Around 2015, when I was gearing up to go out for my first Big Wreck tour, it was the first time I was able to carry a console. Geoff Maurice reached out to me and was like, ‘We’d like to show you a bunch of stuff,’ and I said, that sounds amazing. Nobody else has ever done that. I mean, I’m not a high-profile engineer, but he called me, got me on the DiGiCo stuff - one on one with people in their office like Ian Robertson… So, to have them guide me through learning these new tools that was massive and a major reason why I ended up loving DiGiCo.

“The same goes for Rational Acoustics Smaart,” he adds. “That was a GerrAudio purchase, too. One thing I became more conscious of over the pandemic was how much rest my ears got and how much more sensitive I was becoming to SPL. So, on this tour, I’ve gotten deep into measurement and SPL tracking. Nobody wants to spend 90 minutes getting pummelled at high Db levels.” Consequently, Mother Mother tailored their set with that in mind, using SPL tracking. “Having those tools available, making sure it’s calibrated and set up properly, and giving you all the information, you need to do that, is massive.”

In every case, Brown sums up: “The training GerrAudio offered was incredible. The level of contact with their people is amazing. I actually had a DPA mic go down on this tour and had a new one in hand within 48 hours; no questions asked. That goes a long way in choosing who you’re going to go through for gear.” 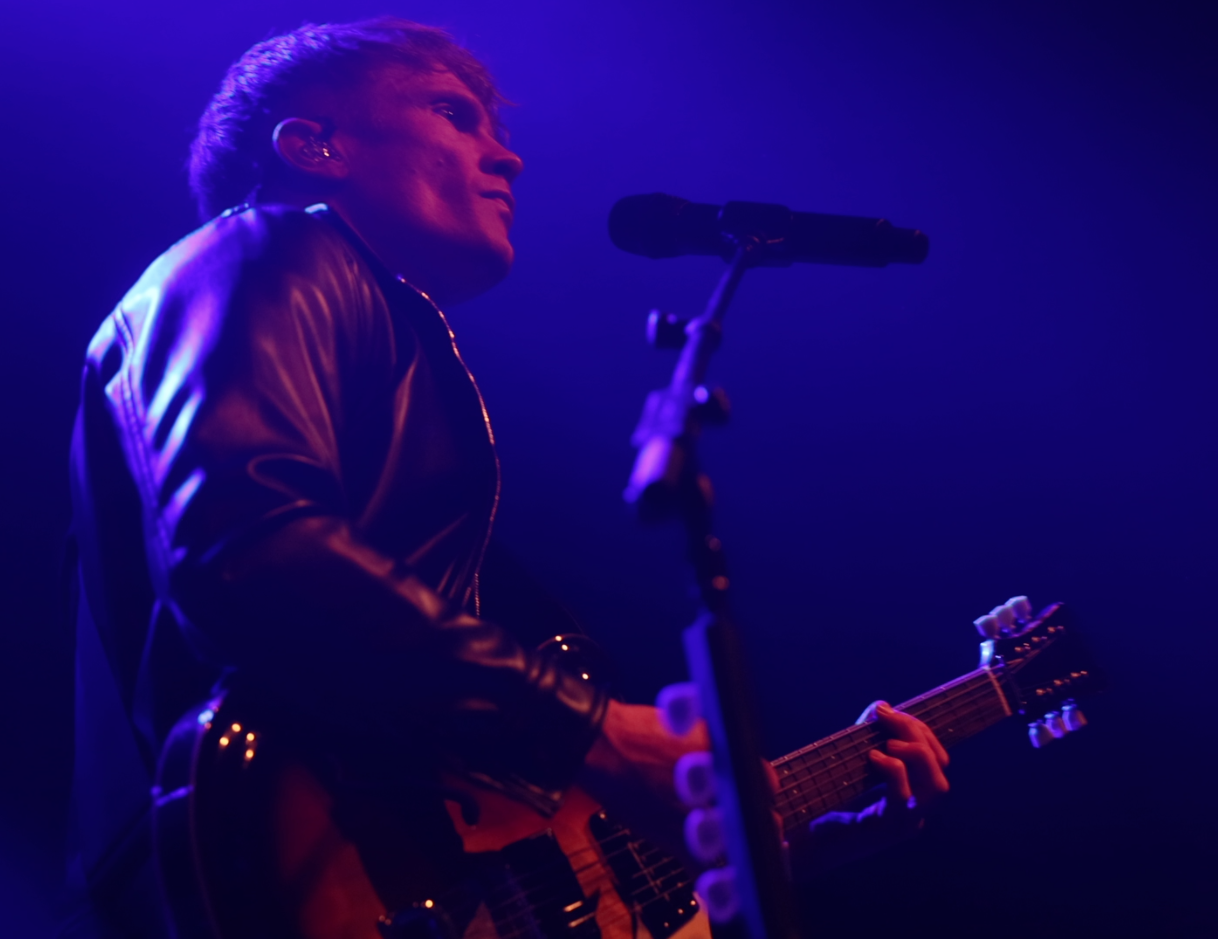 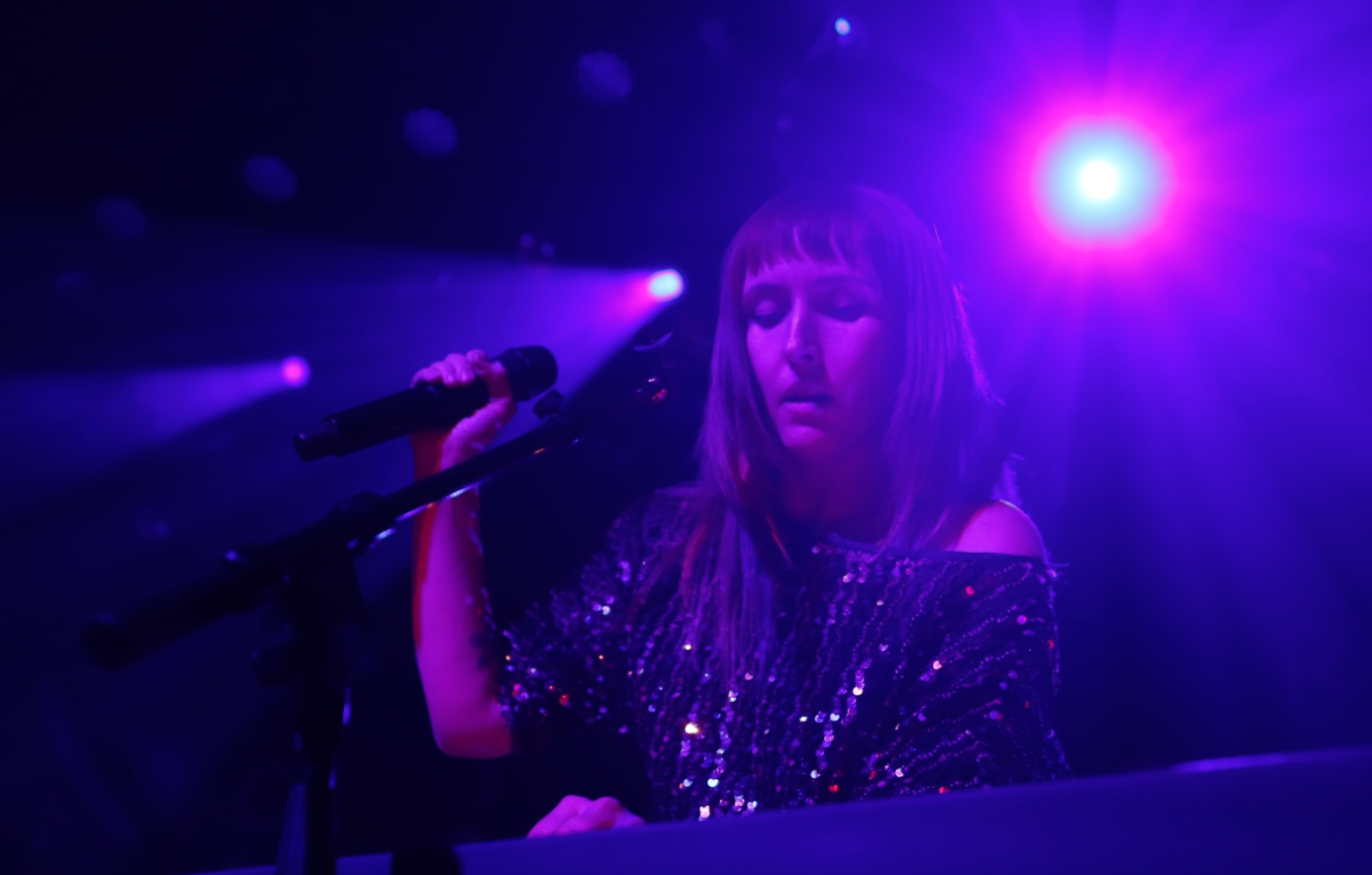 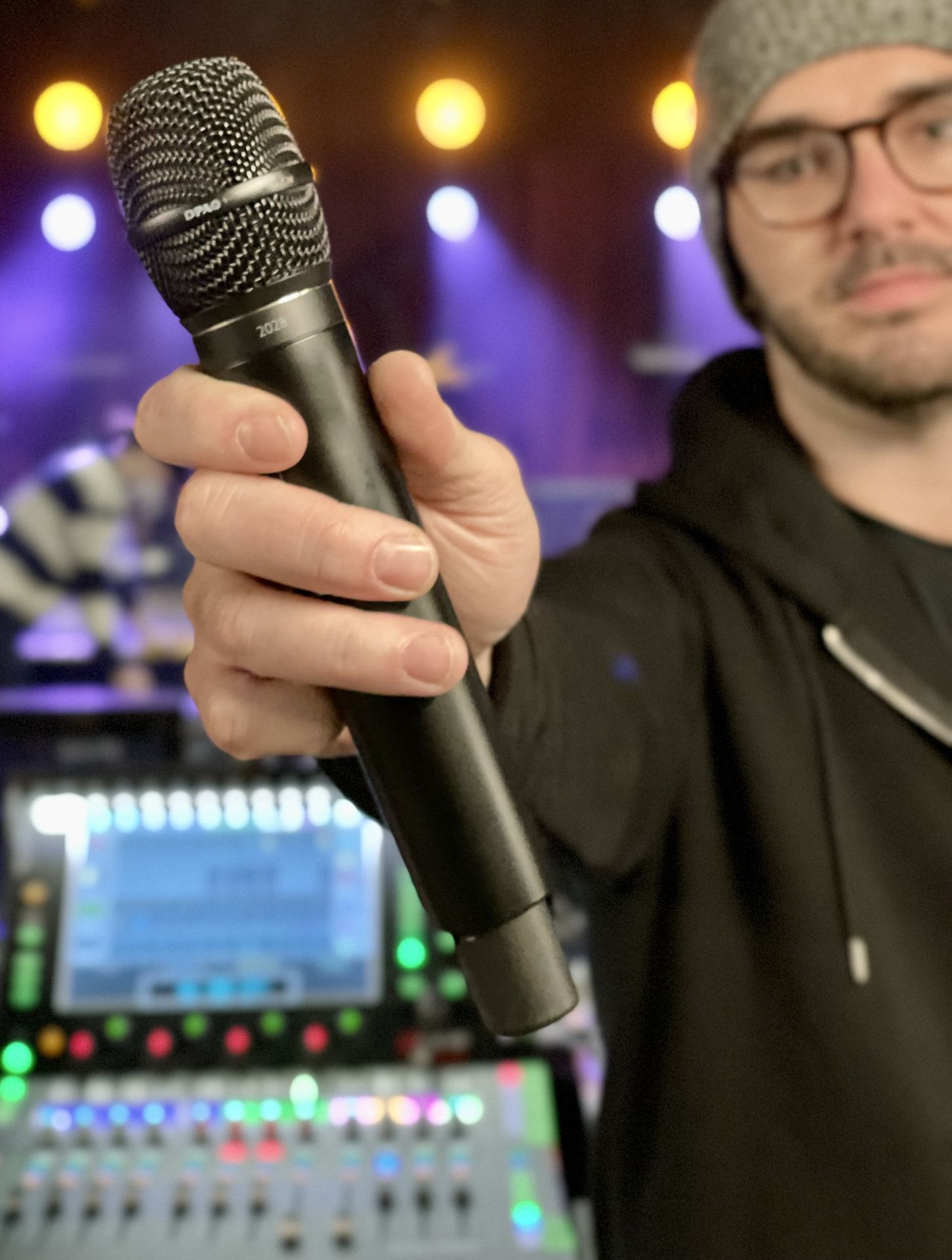 Previous Next
Read Next
Canadore College Installs Versatile Clear-Com Eclipse Matrix System to Meet Broad Demands of Media Arts Faculty
"What's remarkable about the Clear-Com system - the thing that is blowing us away - is that there are no longer complaints from the faculty.  In the past, we had nothing but problems.  Now, there are three or four programs that can utilize the new theatre space and also provide content for other programs, with students in different courses of study, working alone and together.  Clear-Com makes that possible, just like that.  It's definitely a power system for us."  -  Quinn Pelletier, Digital Media Engineer, Canadore College, North Bay Ontario