Monitor Engineer Nathan Bond Adopts KLANG for City and Colour
"My initial focus was to use KLANG just for Dallas; to make the switch [to IEMs] as comfortable as possible for him.  I feel like we've done that.  This is the first time he's used in-ears exclusively, and it went great.  He's very comfortable with them already." - Nathan Bond, Monitor Engineer, City and Colour
2 November, 2021 by
GerrAudio Distribution Inc., Peter James

TORONTO, ONTARIO:  Technically, Nathan Bond has been City And Colour’s ME for about two and a half years; since shortly before the pandemic. “We actually finished a European tour on March 1, 2020, and came home to everything shut down, so I’m still relatively new in their camp,” Bond says.

Instead of touring South America, Australia, and the US, Bond took the opportunity to revamp their compact monitor rig, prep for Dallas Green’s shift to in-ears, and integrate a KLANG:fabrik immersive in-ear monitoring unit into the setup. “Dallas has always been on wedges, so I wanted to find tools I could use to make the transition easy and comfortable,” he explains.

Since Bond started in the early 2000s, he’s worked a variety of positions; in a recording setting, at London, Ontario’s PA Shop doing production work, and mixing artists including The Trews, OLP, Arkells, and Serena Ryder. “But, he says, “I’ve been a monitor guy more than a FOH guy, and really enjoy mixing in-ears.”

“I have my own Waves eMotion LV1, but I’d previously never used KLANG. I was lucky enough that Gerr sent me a Fabrik demo unit, and played around with it at home using tracks I’d recorded on our last tour.” Throughout that process, Gerr’s VP/Director of Sales, Geoff Maurice, was extremely helpful, providing support in a variety of ways. As an example, Bond says: “I live about three hours from Toronto and the day that I was going to take all the gear in to have it fitted for a case my daughter got sick. The case manufacturer needed the controller and screen to proceed so Geoff actually shipped a duplicate set of identical products to them. It’s great customer service.” 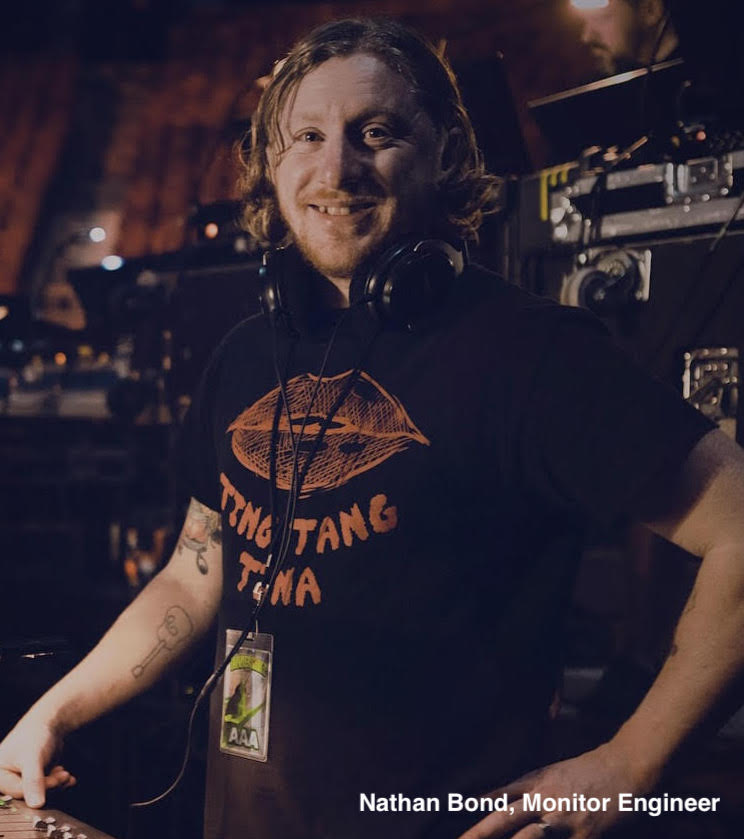 Currently, KLANG is being used exclusively for Dallas’ mix, Bond notes. “I’m not doing anything crazy with it. I’m sending all the instruments into it, all panned throughout the 3-D space, then adding the vocals back in a matrix to keep everything as clean and low latency as possible.” Bond is particularly happy with how KLANG allows him to place Green’s acoustic guitar in the mix. “Dallas plays acoustic for the majority of the show and this makes the acoustic sound really natural; not like you’re listening in headphones.”

Having used the rig on a run of acoustic shows in late 2021, Bond is considering expanding his use of KLANG for full band shows. “Maybe using KLANG controllers so the keyboardist and drummer can do their own mixes. But my initial focus was to use KLANG just for Dallas; to make the switch as comfortable as possible. And I feel like we’ve done that. That was the first time he’s used in-ears exclusively, and it went great. He’s very comfortable with them already.”

Knowing the switch from wedges to IEMs can be disconcerting, Bond depended heavily on the detail and spatial placement options KLANG offers to recreate Green’s onstage wedge setup in his IEMs. “On my first tour with them, I had four wedges in front of Dallas on two separate mixes - one for vocals and one for the instruments. Dallas likes a fair bit of reverb and the sound of the room. He plays off of that, but having lots of ambience sometimes means that you’re going to struggle to hear yourself clearly."

To address that, Bond set about re-creating a much more intelligible version of that wedge setup in Dallas' ears with KLANG. He’s still using a fair amount of reverb – multiple reverbs in fact. “Three for Dallas' vocals: one spread as far left and right as possible, another up close, a delay reverb sitting in the centre behind him, and one emulating the sound of a theatre - that one I send every voice and instrument to. It’s also panned to the back of him, but not as wide as the others, so it gives him some space so he feels like he’s singing in the room. But the nice part is that doesn’t matter if the room we’re in sounds amazing or horrible; in Dallas’ ears it’s always the same with KLANG!”

Additionally, to further help make the transition to ears as seamless as possible, Bond’s deployed five audience mics; two per side on stage right and left and one that’s actually attached to Green’s mic stand, pointing into the center of the crowd. “All five of those go individually into KLANG, so I’m able to spread them around the 3-D space as well, and it sounds humongous,” he adds, laughing. “When the audience is singing along (for Dallas) it literally sounds like he’s standing in the middle of them. It’s worked out great.”

In the end, Bond describes his efforts with KLANG, and as an ME in general, as “creating a world” for the players on stage. In this case, for Green specifically. “They put their ears on and they’re in that world, and, with the space of the room, it sounds way better than it does without ears. I had this vision of how I wanted to make it sound and KLANG helped me get it there.” 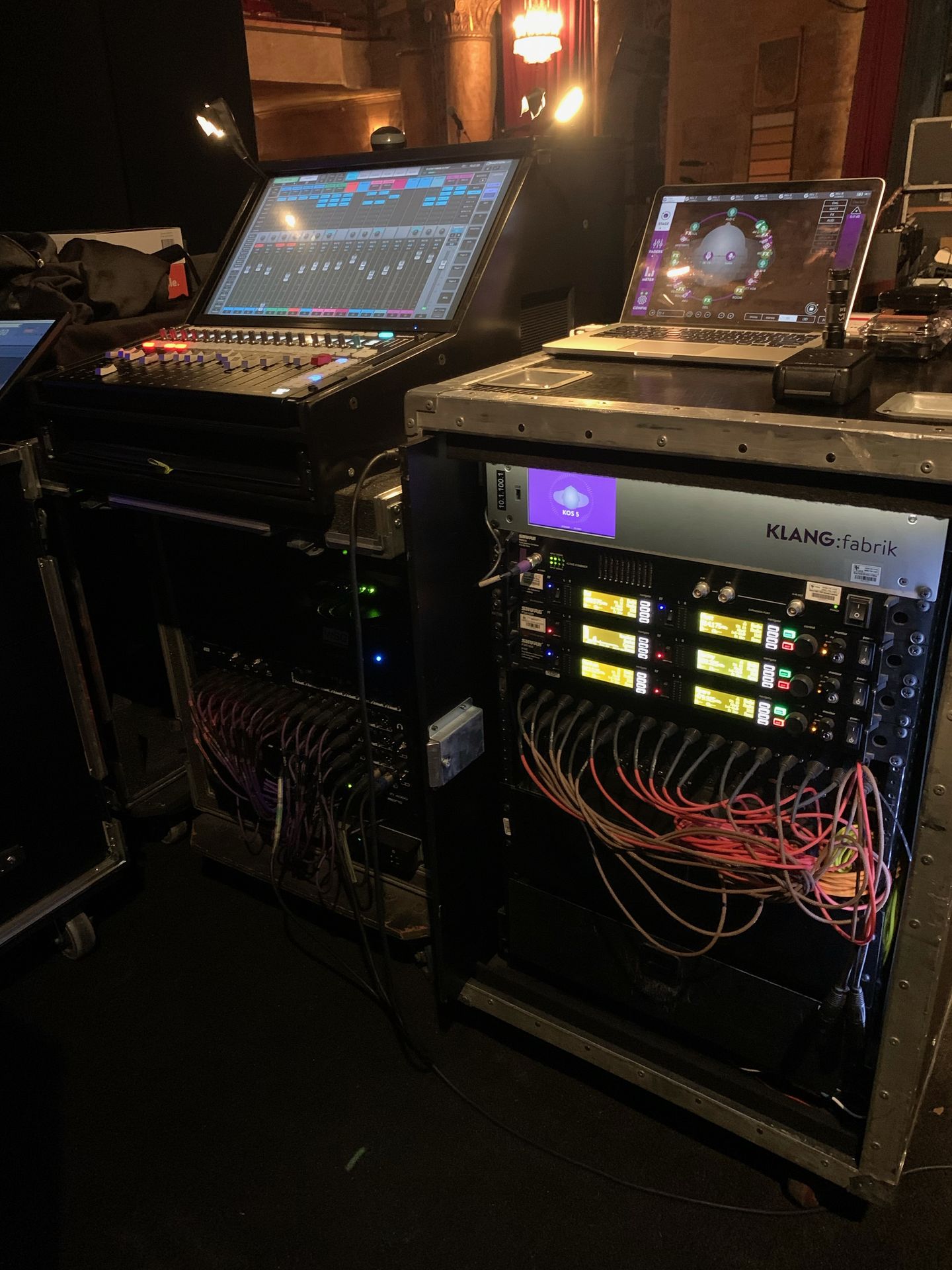 Previous Next
Read Next
Toronto-based Audio Process Adds Significant Horsepower to Location Sound Recording Department's Microphone Inventory
"In comparison to the other microphone brands we tested, the DPA 6060 rose to the top.  Not just overall, but in every category we used to compare microphones by." - Rob Morrice, Head of Location Recording, Audio Process, Toronto