Harbourfront Centre Re-commissions Original 1980's Meyer Sound System
"It's very rare to be able to repurpose technology of that vintage and bring it back to factory spec, but the unique thing about Meyer Sound is that they manufacture in-house and can still provide modifications, upgrades and components for the majority of their legacy loudspeakers." - Ryan Borshuk, Senior Technical Coordinator, Harbourfront Centre, Toronto
3 May, 2022 by
GerrAudio Distribution Inc., Peter James

You read that correctly.

Harbourfront Center was one of the first venues in Canada to receive a UPA-1 system in the early 1980s, and those boxes were pulled out last year, refurbished, and put back into regular service.

In all, the system’s roughly 19 UPA-1s, a pair of 650-R2 and four USW subwoofers, were refurbished. “It’s very rare to be able to repurpose technology of that vintage, Borshuk says, “but the unique thing about Meyer Sound is they manufacture in-house and can still provide modifications, upgrades and components for the majority of their loudspeakers.” As for the longevity of the speakers, he adds: “The UPAs held up over the years because they were advanced technology to begin with so reliably built. Some of the drivers were tired, but now we’ve brought the system back to factory spec.”

Borshuk began working at Harbourfront in February 2020. Not ideal timing given the onset of the pandemic. But with live performance at a standstill – and Meyer Sound being one of rare few audio manufacturers that are still able, and willing, to support legacy products – it provided an opportunity to undertake this project.

“That was one of the first directives given to me,” he notes. “We were still using many of the original amplifiers, and Meyer analog processors, but over the years the analog gear has become more susceptible to RF interference and power problems. So, after replacing our power amps, we figured out what needed to be done, was to rework or restore the speakers.”

It was a conversation with PSI Audio’s Steve Vian, that led Borshuk to approach GerrAudio about refurbishment. “Steve was really helpful, and Ian Robertson (Design/Support/Training at Gerr) determined what we would need to do to get the speakers back to spec, so we said “go for it.’”

Borshuk has come across plenty of Meyer systems as an engineer/systems tech for a wide range of productions. “The first big system I saw was at Caesar’s Windsor (one Celine Dion was carrying for a gig there). I’ve also used Meyer installed at community theatres across Canada. And, when I was engineering at Windsor’s Capitol Theatre, they had UPA-1s that were installed in the 90s. Of course, I’ve seen a lot of newer Meyer Sound systems, but there are still tons of UPA-1s out there and they still sound great.”

In the main Harbourfront facility there are three theatre spaces: The Studio Theatre, Brigantine Room, and Lakeside Terrace. “They’re all using Meyer UPA-1s,” Borshuk says, explaining that after parts arrived from Meyer’s US facility, the refurbishment was undertaken entirely in Gerr’s shop. The combination of Gerr’s and Meyer’s willingness to provide support well beyond what’s typically considered the lifetime of a product, was extremely helpful. “We definitely couldn’t have done it without Gerr, and Ian Robertson also did a fantastic job replicating the processing inside our current DSPs.”

Located downtown on Queens Quay West, Harbourfront Centre originally opened in 1972 and has become an important venue for a variety of performances ranging from theatre and dance to concerts and film. Its mandate – to provide the type of programming that is less likely to inhabit other, more commercial venues – as ‘One of Canada’s leading destinations for contemporary culture… a place where creative thinking thrives, ideas are shared and the next generation of artistic talent is nurtured.’

It’s fair to say that Harbourfront was pushing the envelope culturally and technologically when the UPA system first went in. “The loudspeakers were, in their time, the most exciting thing to happen in the audio industry,” says Victor Svenningson, who served as Technical Director for Harbourfront from 1972-1997, adding that Meyer itself was not the powerhouse it’s since become as the de facto standard for theatre installations. Svenningson first came across the UPAs in 1982, at a production of Dream Girls in New York City. “Back then, theatre sound systems were gigantic. But at that show, I was like, ‘Where the heck are the speakers?’ When the house engineer pointed the UPA’s out, Svenningson’s first response bordered on disbelief: “I said, no way, but the engineer said, 'Come see me after the show' and we had a brief conversation and he showed them to me.”

Based on that experience and after discussions with Harbourfront’s NYC-based consultant and Phil Giddings (founder of Engineering Harmonics), Svenningson ordered Meyer product from GerrAudio shortly after Gerr became Meyer’s Canadian Distributor. Over time, he adds, they continued to work with GerrAudio and add to their complement of UPAs.

“Meyer products, and the UPA-1s in particular,” Svenningson says, “have always been really good sounding. Hearing drums through them is amazing. A rim shot comes through absolutely the way it should – like a bullet, like a drummer wants it to. And the bottom end is incredibly smooth. I just found them to be one of the most live, but natural sounding loudspeakers.”

The UPA boxes were an industry game-changer, says Bob Snelgrove, Founder and President of GerrAudio, who recalls the impact the loudspeaker had in the audio industry and his early experiences with Meyer Sound, adding that given the compact size of the UPA, many people were initially very skeptical. “They just couldn’t get their heads around what they were hearing versus what they were seeing. Buying such a little loudspeaker to do a big job was a difficult concept to overcome.” What started to tip the balance, Snelgrove explains, was their use in major Broadway productions, starting with Cats. “I went to Cats and it was truly unbelievable because you couldn’t see the speakers but it sounded better than anything I had ever heard.  A big, beautiful sound, and yet I remember sitting there thinking, “where are the loudspeakers?”

“Remember, in that era, everything was physically large, very non-linear and compression drivers were prone to blowing up when levels were turned up. The UPA-1 was the opposite of these three things. Meyer’s patented technology used in the UPA, resulted in a very small cabinet with low distortion linear response, high power handling and SPL all combined with very high reliability. “

Harbourfront isn’t the only example of a situation where the UPAs have lasted long past what is typical for audio technology. “A large complement of UPA-1s were installed on Parliament Hill” Snelgrove continues. “I can’t recall when they were installed, but it was before Meyer Sound began weather-protecting all their loudspeakers. They used them for the light show they still do on the Hill twice a night in the summertime, rain or shine.  That show has a new Meyer system now because it has become bigger and their requirements changed, but for many years it was UPA-1s mounted high on poles outside. They sat outside in the rain and then were stored in a facility all winter long that was just as cold as outside. We kept saying to them, ‘It’s been like 20 years – let us bring these back to new. That finally did happen, but it took several years to convince them because they were still happy with their performance.”

“The Harbourfront UPA-1s were so far ahead of their time that they lasted, for 38 years. For the cost of refurbishment, you have a high-performance loudspeaker that now, in 2022, still competes with most of what you can buy today.”

Fair to say, that type of long-term reliability, and the kind of support Meyer Sound offers, is rare. “I think the philosophy of most companies is to want to be able to offer repair during the reasonable life of a product – to fix something if it breaks,” Snelgrove says. “But, at some point in time, they want to sell you a new speaker and no longer support older products. With the UPA, they’re long past any kind of reasonable support date, but they’re worth refurbishing because they provide ongoing value and fortunately Meyer is still supporting this.”

As for the result at Harbourfront: “To my mind and ears these loudspeakers sound great,” Borshuk concludes. “They sound as I would expect any new system to sound anywhere. They definitely have a lot of impact, a lot of power. They’re just really well-designed speakers. I have no reason to want to replace the system with anything else.” 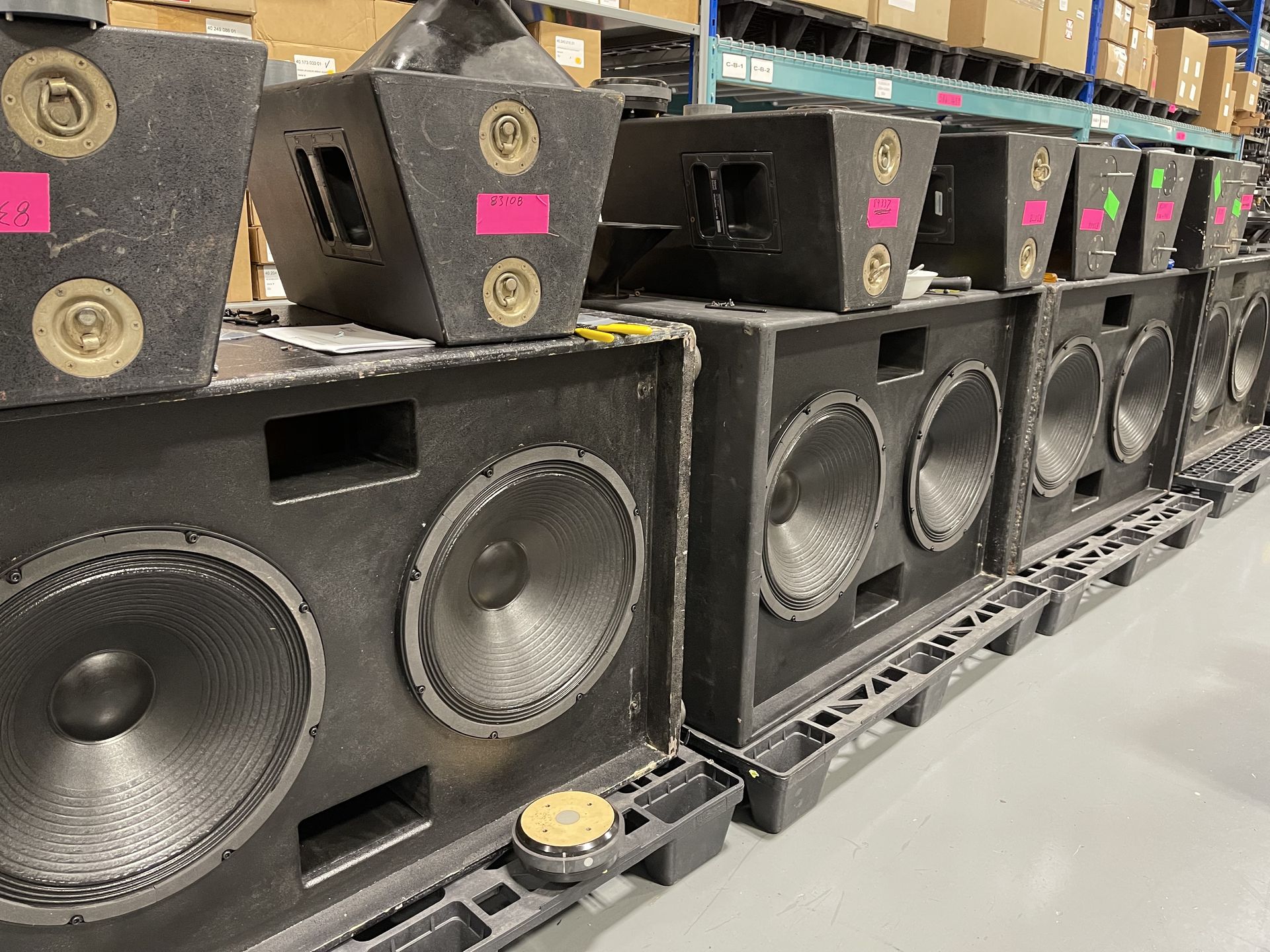 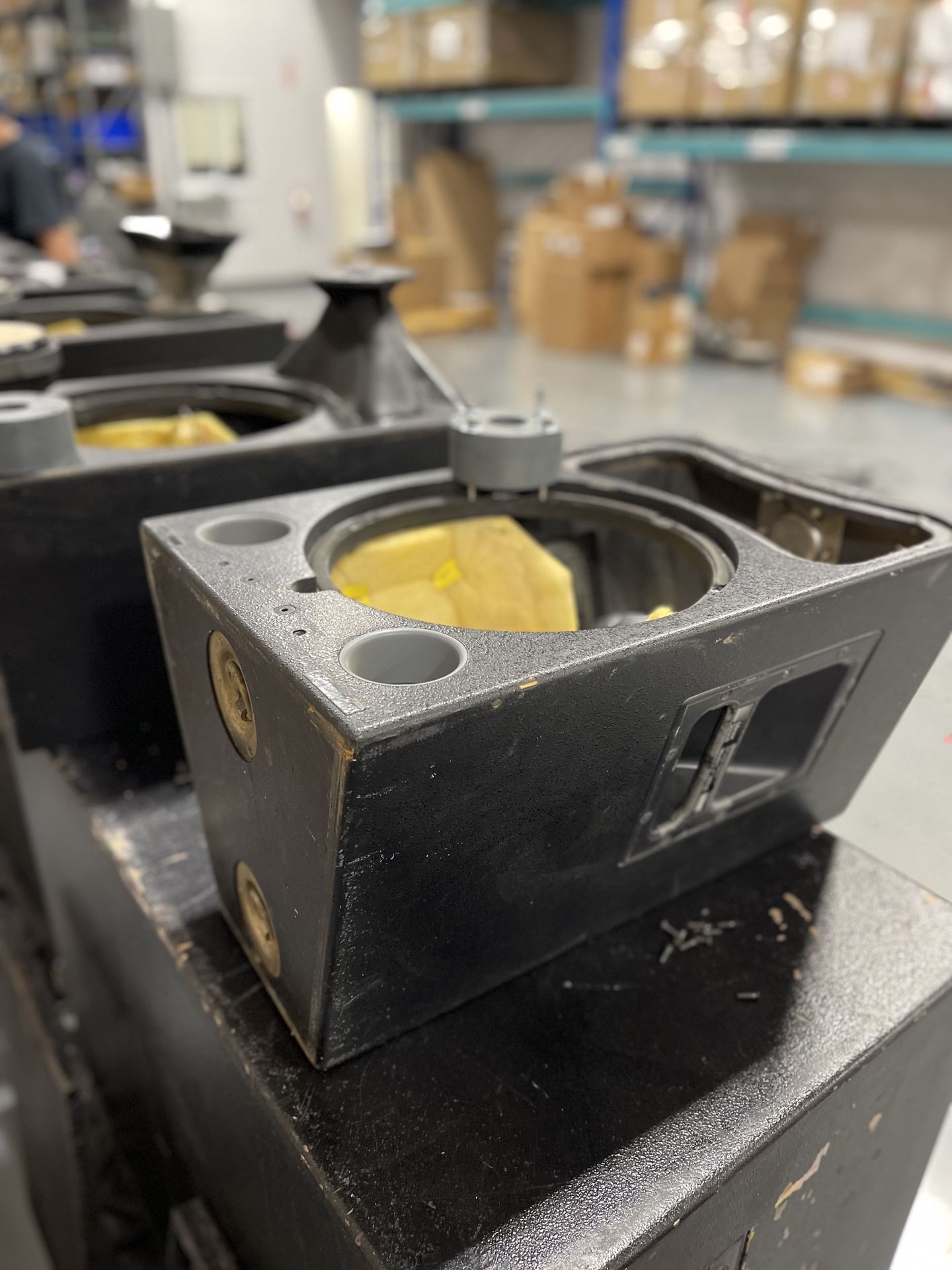 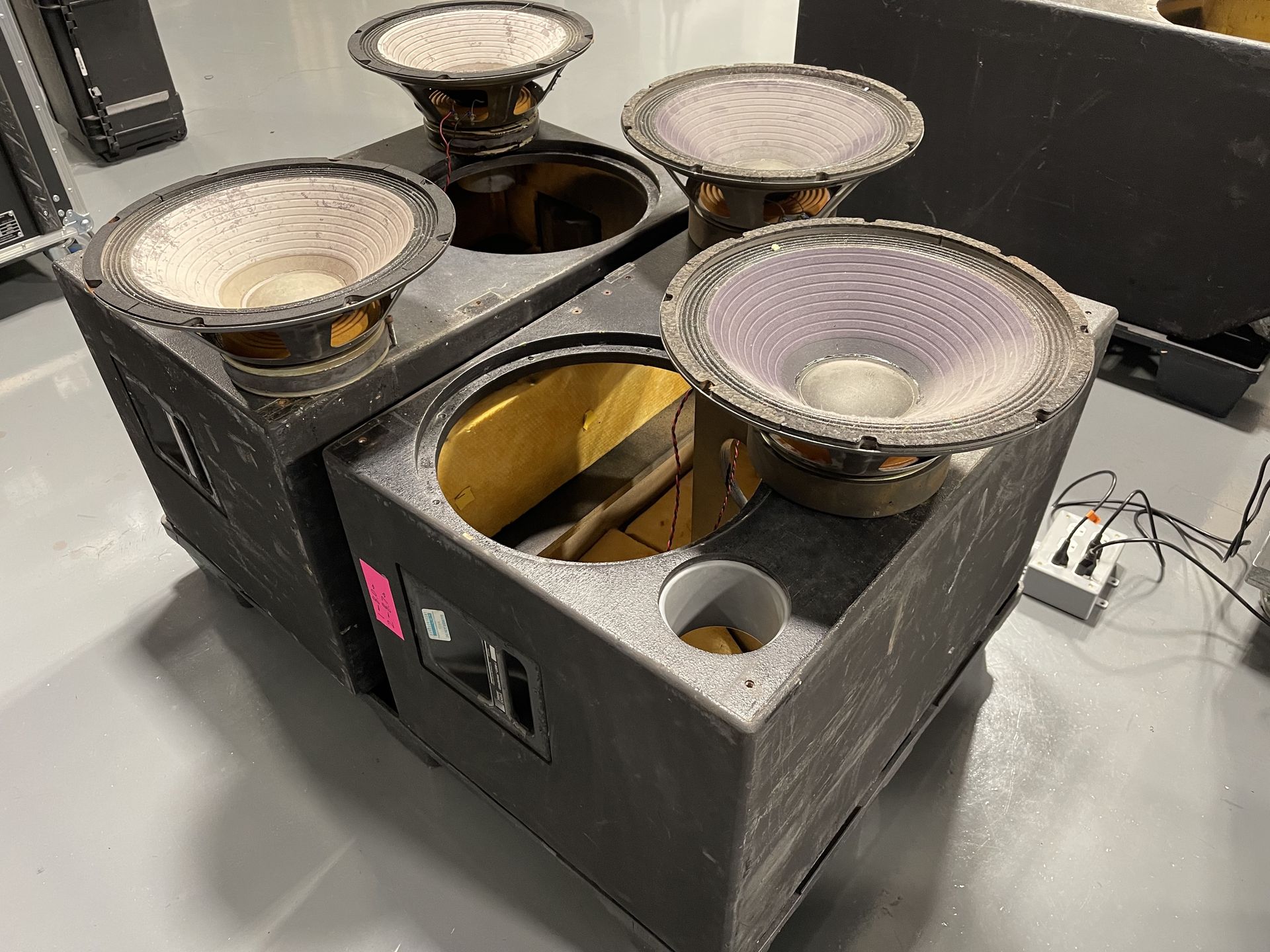 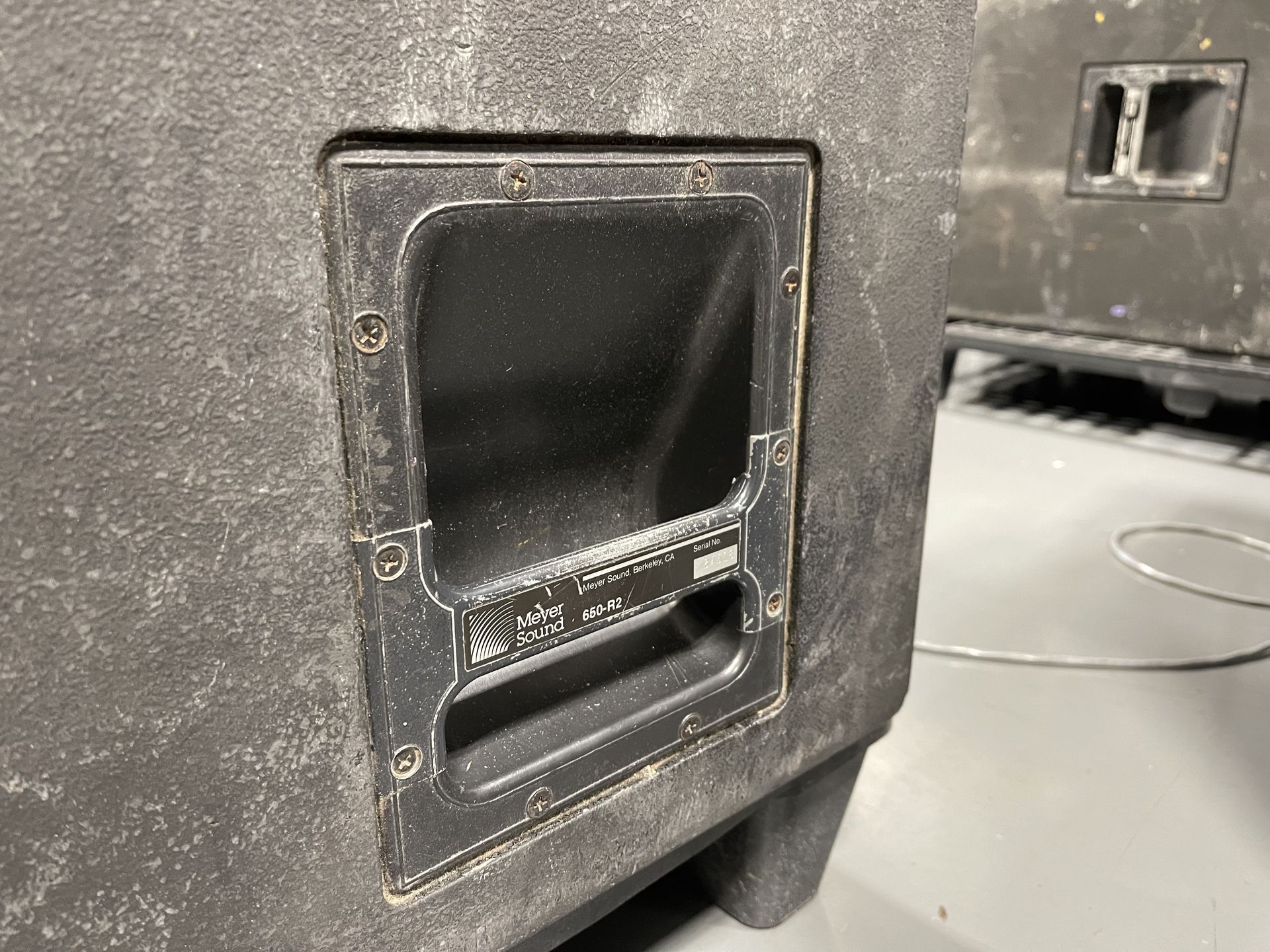 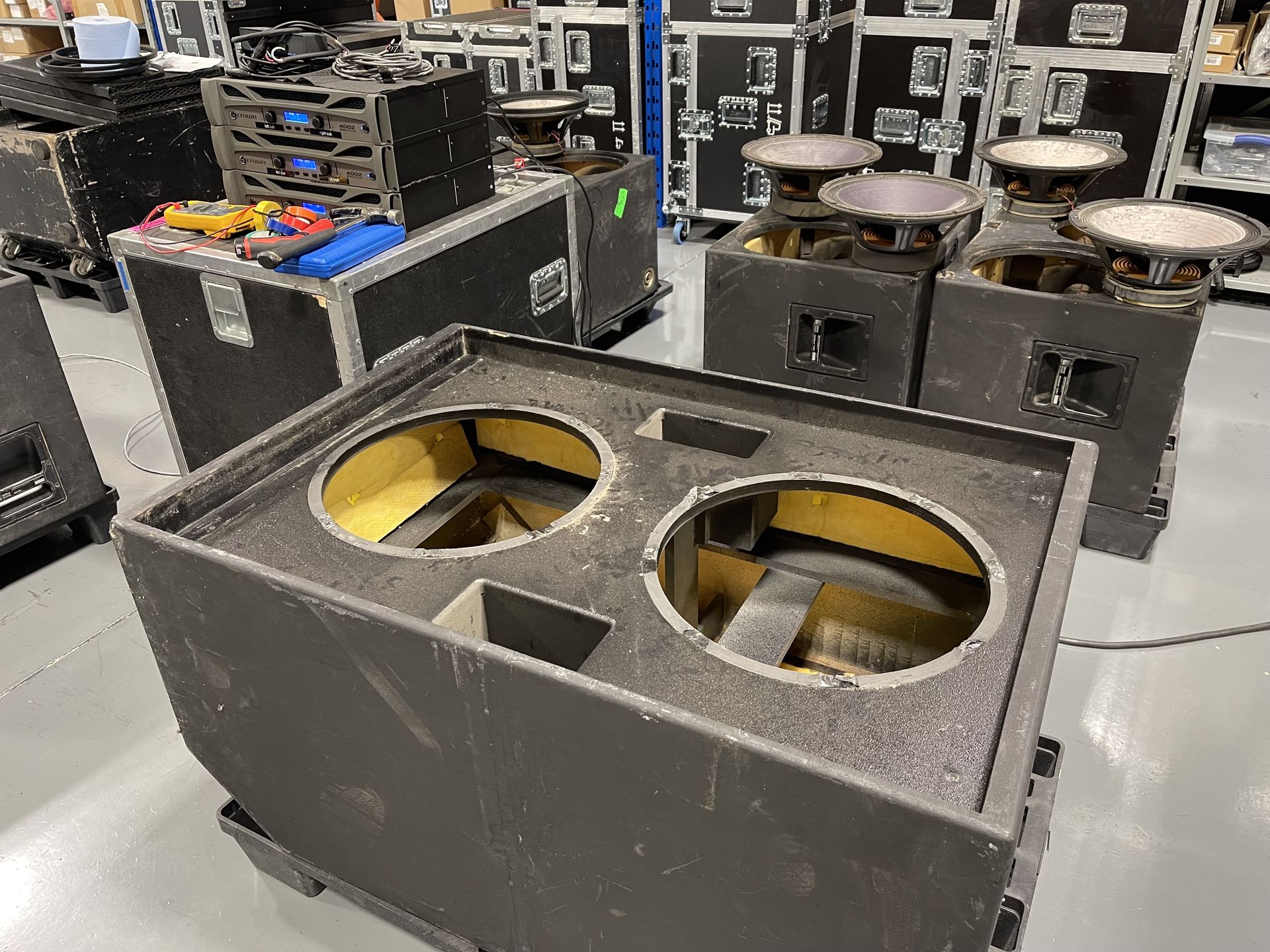 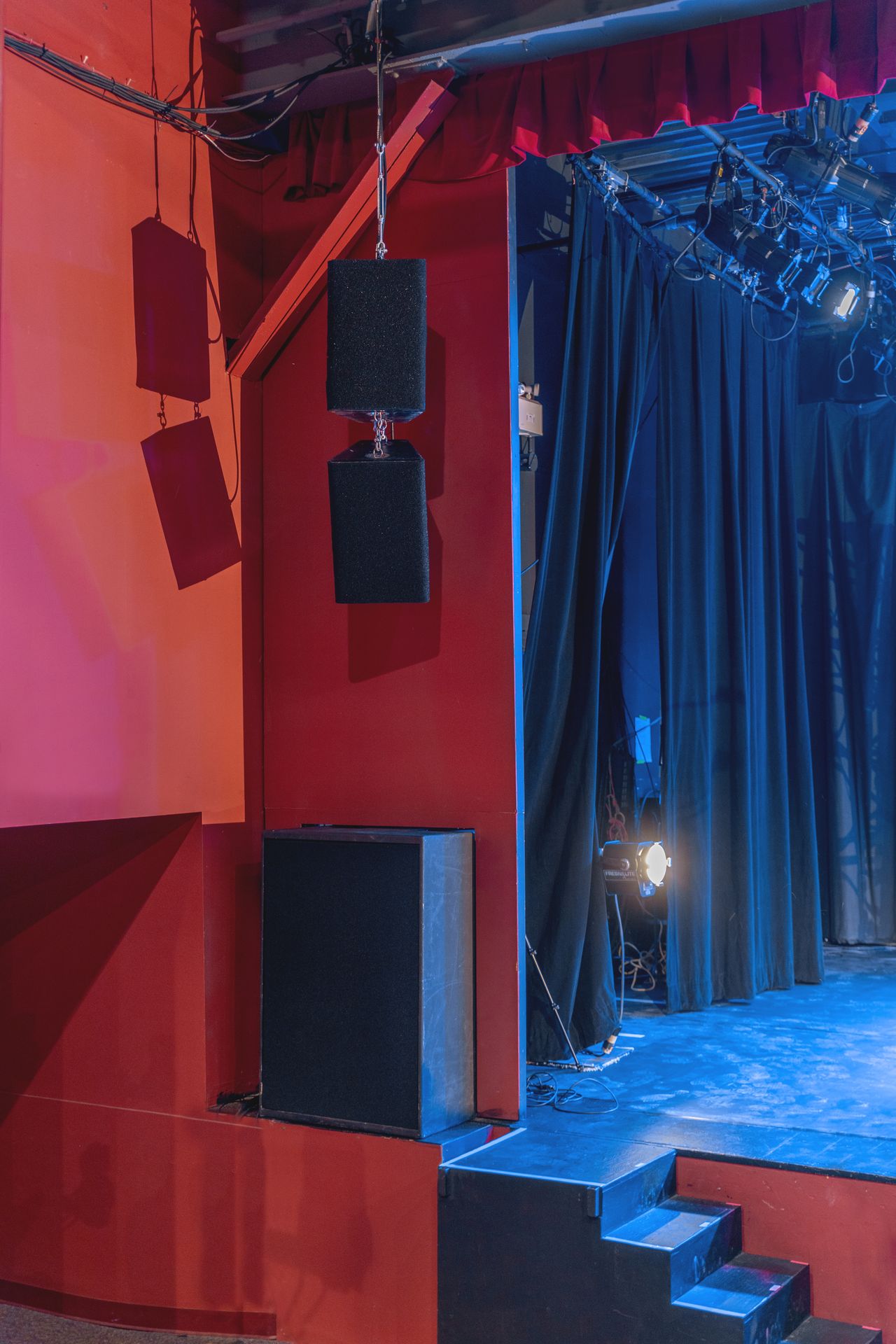 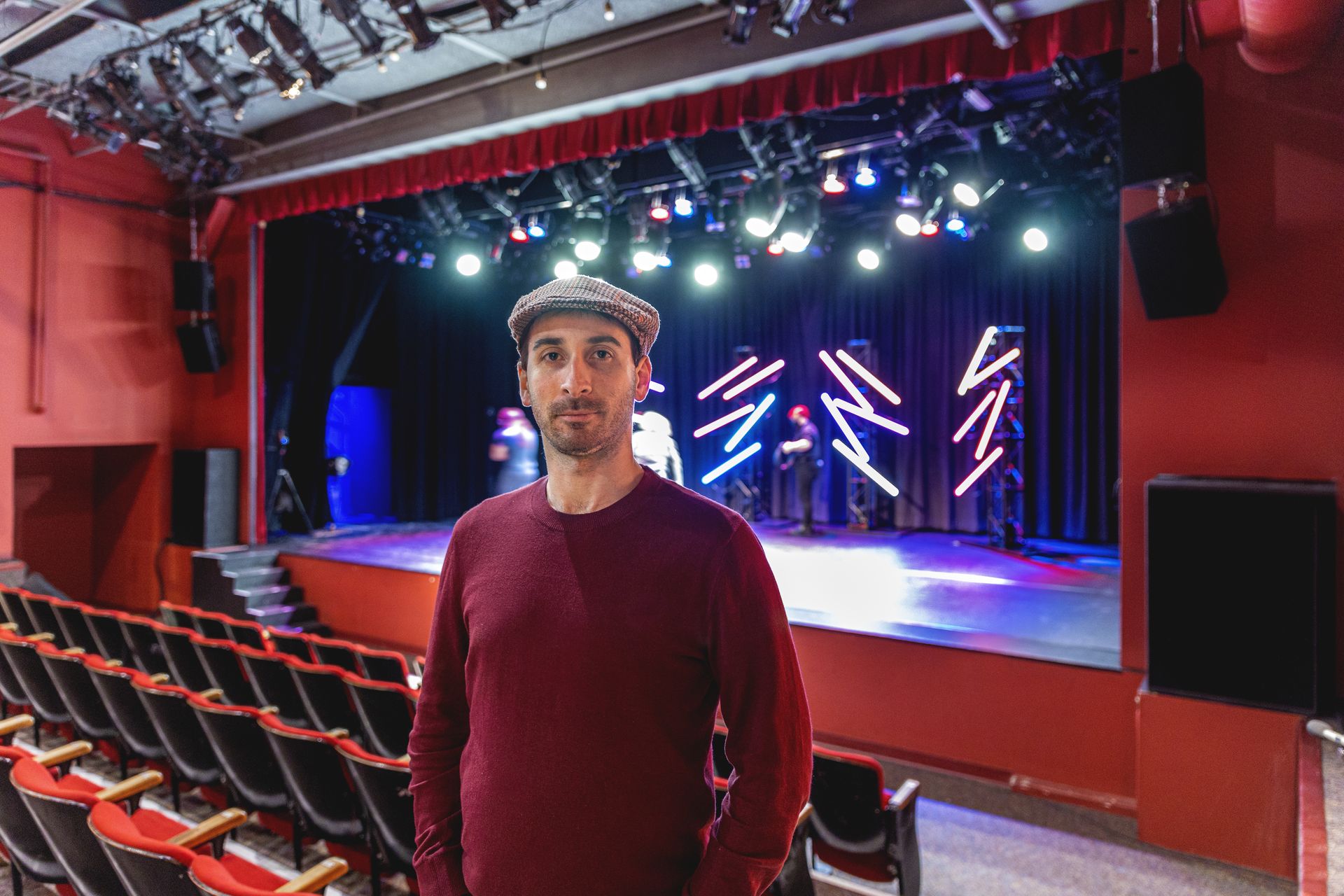 Previous Next
Read Next
Toronto-based Producer, Songwriter & Recording Artist Never Leaves Home without his RME Babyface
"The quality is second to none, there's no latency issues, and the converters are phenomenal.  And it's a good investment - my first RME Babyface lasted close to a decade, which is incredible because products are made to fall apart these days, especially tech.  I think the important thing about investing in any type of equipment is knowing there's longevity in the product and company behind it."  -  Zale Epstein, Producer, Songwriter, Recording Artist, Toronto, Ontario