Gearforce Pro Audio Puts New Quantum Addition to Work on the Jann Arden Canadian Tour
"One of the reasons I went with the Q225 is its compact footprint.  It's got a lot of power in a small form factor, which is always appealing because there are quite a few tours where that really does matter."  -  Rob Nevalainen, Mix Engineer & Founder/Owner of Gearforce Pro Audio
2 June, 2022 by
GerrAudio Distribution Inc., Peter James

As the founder of Gearforce and engineer in his own right, Rob Nevalainen has always been forward-thinking. And Gearforce has always focused on providing high-end technology that enables the company to meet clients' needs regardless of the demands of the gig.

When we caught up with Nevalainen to discuss the recent purchase of a DiGiCo Q225 to add to Gearforce’s existing DiGiCo inventory in mid-May, he was on tour in Europe for a run of Bryan Adam’s shows. “After two years away,” he says, “it’s different getting back out. The landscape has changed, for sure.”

However, some things haven’t, including Nevalainen’s reliance on DiGiCo consoles, GerrAudio as a distributor and Gearforce’s emphasis on adapting and moving forward.

Gearforce purchased the Q225 in mid-April 2022, Nevalainen explains, adding that it’s currently out on the road for Jann Arden’s summer tour in support of Descendant, Arden’s 15th studio album. The tour started on May 20th with a show at MTELUS Montréal, a storied local concert venue formerly known as Montreal Métropolis and located in the heart of the city’s Quartier des Spectacles.

“The console wasn’t purchased specifically for Jann,” he says. “I’ve been looking at the Quantum for the last year. Obviously, during the pandemic wasn’t a great time to purchase anything, but I was keeping my eye on the technology because we own a bunch of other DiGiCo consoles.”

With so many artists hitting the road, some for the first time since mid-2020, he adds that it seemed like a good opportunity to purchase another DiGiCo board. “I’ve got quite a few tours out right now, which depleted our DiGiCo supply, so I started looking at what new options were out there. I’ve got DiGiCo SD12s already, and they were still on the table, but I figured it might be a good time to dip into the Quantum market.”

“One of the reasons I went with the Q225 is its compact footprint,” he continues. “It’s got a lot of power in a small form factor, which is always appealing because there are quite a few tours where that really does matter.” Nevalainen also cites the Quantum’s new features, specifically Nodal Processing, as a driver for the purchase. “I think that’s really a forward-thinking advancement in terms of what we can do with digital processing.”

Additionally, as with many DiGiCo users, he likes DiGiCo console’s workflow and the fact that the company doesn’t dramatically alter that workflow with each and every new offering. “I don’t think they’ve really changed that with the Quantum. They enhanced it. So, that’s another reason; DiGiCo’s always looking to move forward without leaving people behind. People that have grown to love DiGiCo enjoy the workflow. They don’t want to alienate that user-base, so, as they open up new features, they always seem to find a way to make their product better, but retain what people have come to love.”

That was part of what drove the decision to deploy the new DiGiCo Q225 on Arden’s tour, he adds, explaining that the FOH Chris Hibbins, and Monitor engineer Dakota Poncilius (who’s mixing on an SD12), are both DiGiCo fans. There was a decision made early on that they would use the same platform. So, when discussing the different options, we wanted to keep them both in the DiGiCo architecture while getting them all the ins and outs they needed, with what we had available at the time.”

“Dakota and I wanted to stay on the same platform for redundancy,” Hibbins explains. We do carry separate preamp racks and an analog splitter, so if any one part of our audio core fails, we have some quick options to get the show back up and running. We both like the workflow of the DiGiCo SD line. The dynamic EQ is particularly powerful.”

Hibbins adds that shifting from the SD to Quantum was seamless. “Everything I like from the SD range is still available, and now there are additional processing choices. At FOH, I rely a lot on the Mustard compressor choices. I’m generally reluctant to complicate my setup with third-party plug-in servers. Adding compressor choices on board allowed me to keep almost everything in the Quantum software environment. The user interface for the Chili 6 is great too; mapping to faders allows for quick changes when in pre-production. And I also appreciate that SD225 matrix; I use every in & out of the 12x12 matrix. It's a nice bump up from the SD12 12x8.”

The last part of the equation for Gearforce was availability – obviously something that’s been an issue recently. Given the recent chaos in the supply chain, Nevalainen notes that his relationship with GerrAudio was beneficial. “That goes back some 25 years,” he says. “They’ve always offered fantastic support and really stepped up to deliver the console in a timely way. There are shortages of equipment and chips everywhere in the world, but they were able to come through.”

That’s a point of pride for the company, says Peter Snelgrove Gerr’s VP of Operations & Marketing, adding that the company does everything possible to deliver any product they represent quickly. “Generally speaking, even before the recent supply chain interruptions, we benefit from the fact that all of our suppliers manufacture products locally in their respective regions and have very good control over their supply chains. DiGiCo is a case in point, and it's helped us immensely that they've continued to be able to meet our needs.”

That’s not to say that Gerr isn’t facing delays: “We are, but we’re fortunate our suppliers are all still taking orders and, for the most part, are able to deliver on extended timelines. Also, locally for Canada, we maintain healthy stock levels during regular times, and over the last 12 months, we’ve made a concerted effort to place large orders well in advance to try and curb the effects of the shortages and component issues.” Doing so requires constant communication with suppliers and customers. “I wish we were in a position where no customer of ours had to wait for products, but, unfortunately, that's not the world we live in today.”

"We did a lot of forward planning when we saw issues arising in the supply chain," concludes DiGiCo Managing Director, Austin Freshwater.  "That's meant that, whilst we are not free of issues, we've been able to continue manufacturing where other have struggled.  We're delighted that we've been able to supply Gerr with consoles so they can deliver to valued customers like Gearforce." 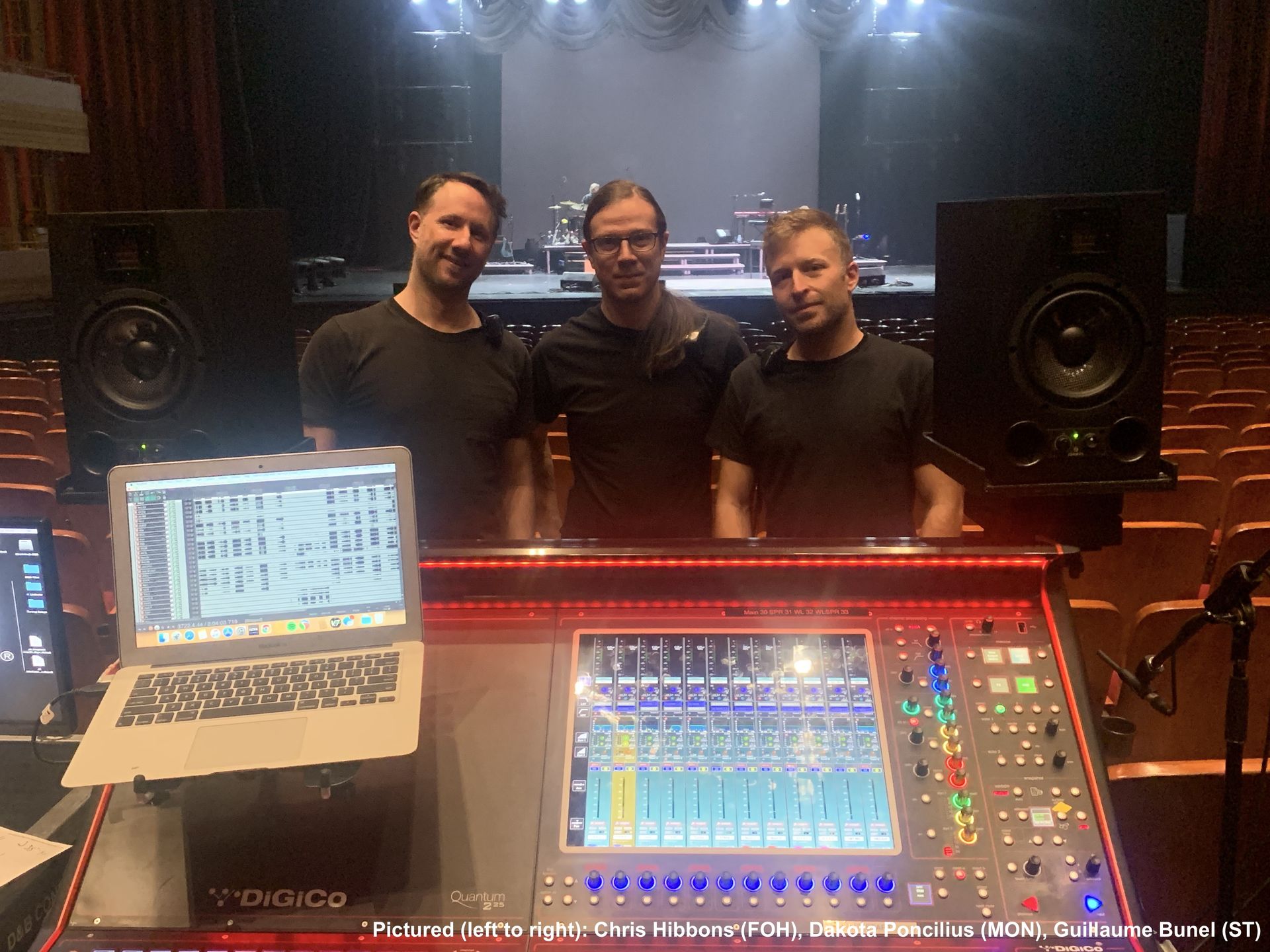 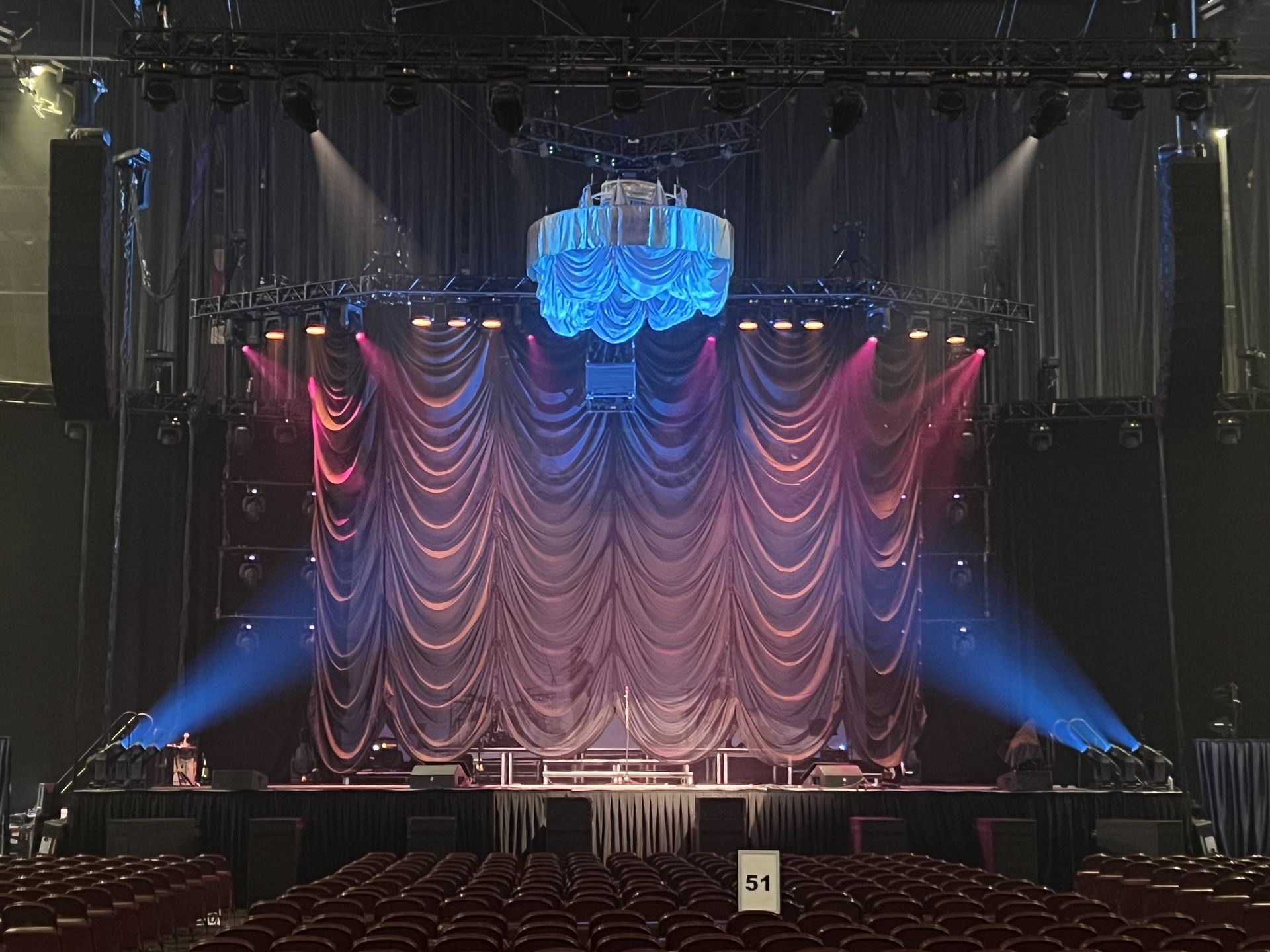 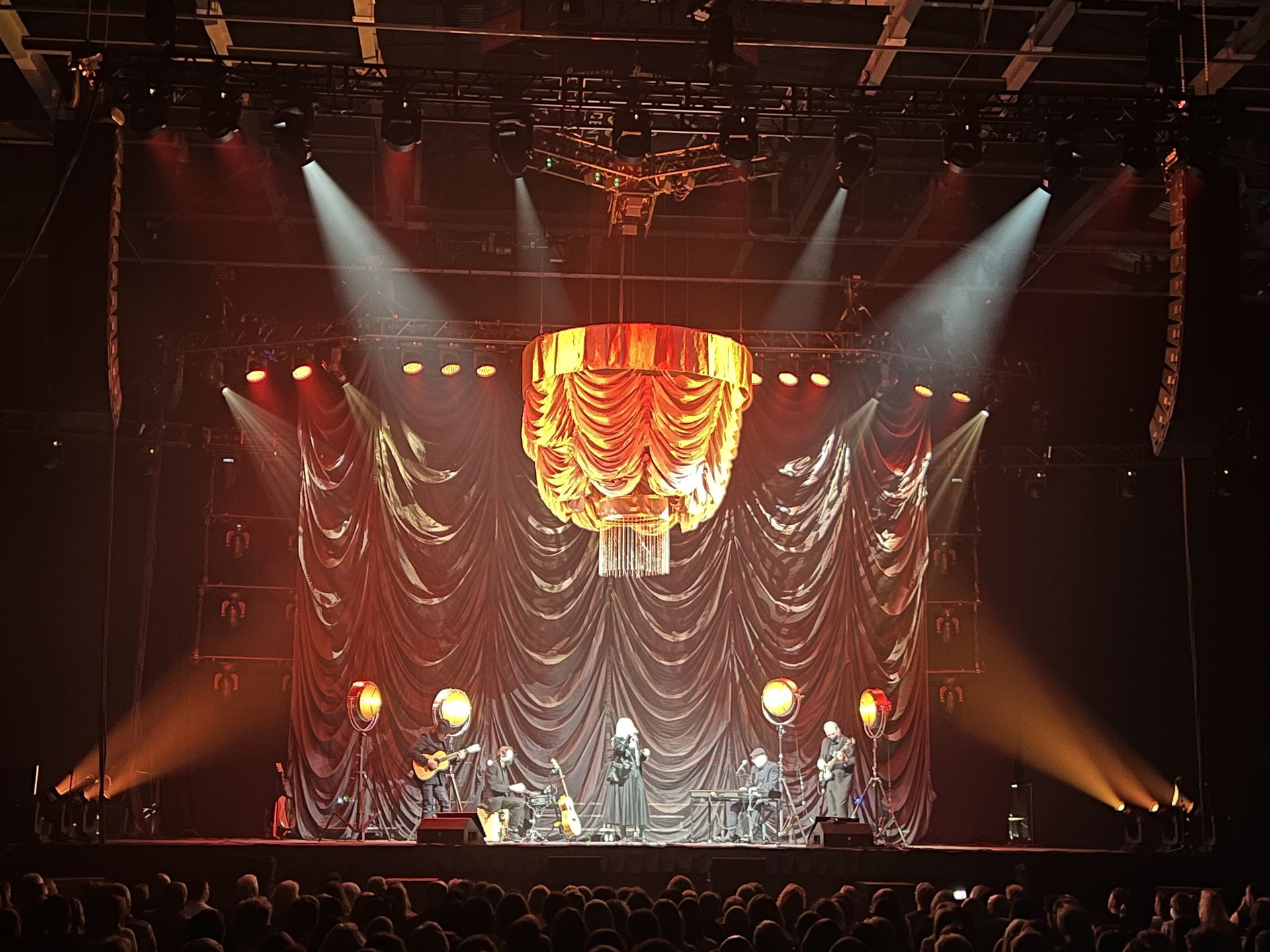 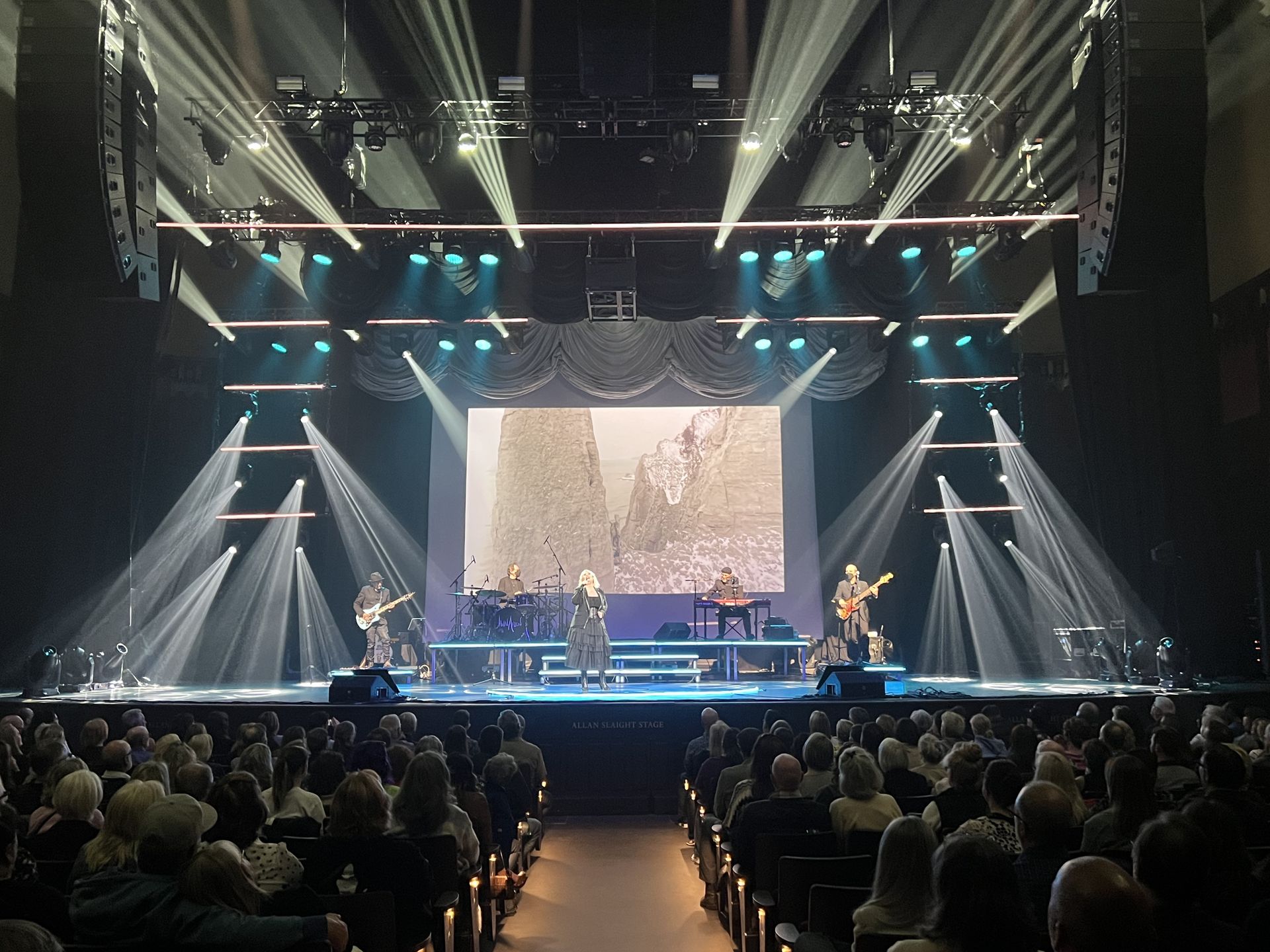 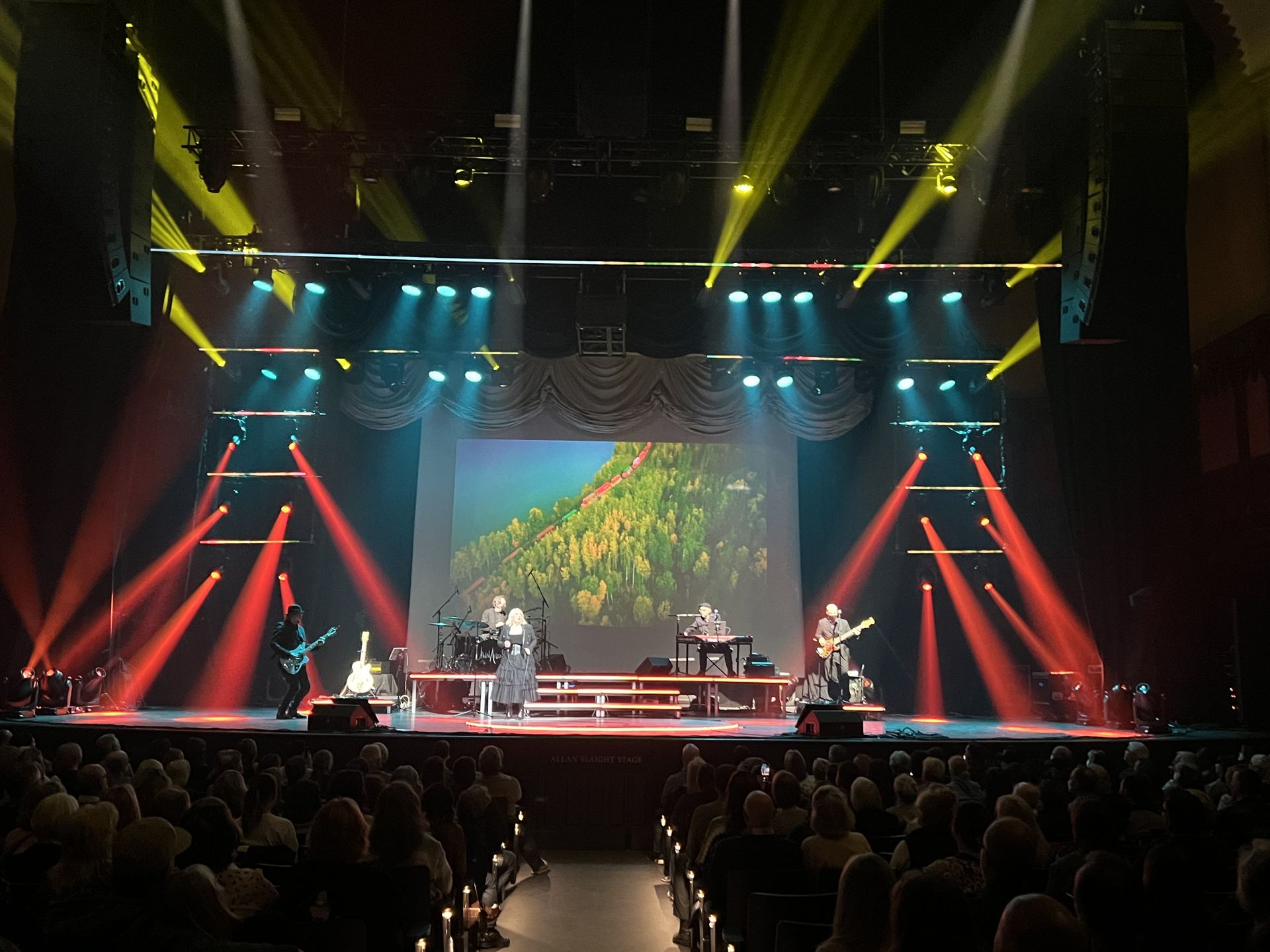 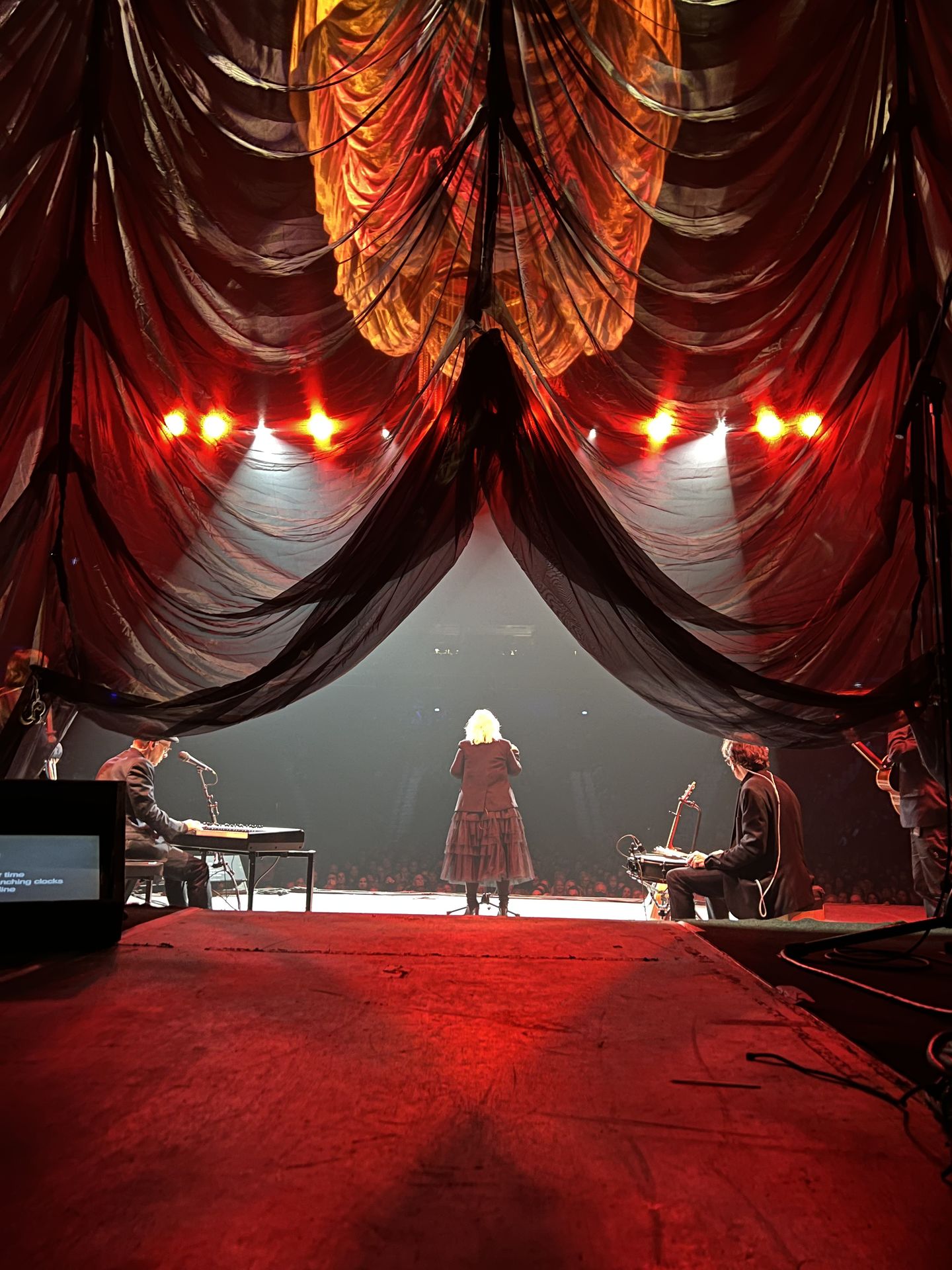 Previous Next
Read Next
DPA Adds Ambience to the Mix at the 2022 Canadian JUNO Awards Ceremony
"Unlike other 5.1 microphones, the 5100 doesn't have a hard, fast, 'this is left, this is centre, this is right' sound.  There's an amazingly smooth, transparent transition all around the horn."  -  Andrew Roberts, Senior Production Audio Mixer, CBC Toronto