Église Nouvelle Vie Audio Upgrades Include Latest Product Offerings from DiGiCO, KLANG and Clear-Com
"Our choice of DiGiCo was never in doubt.  Most of our technicians are volunteers, which is another reason why we have DiGiCo everywhere.  They can go to any of our sites and have a consistent workflow." - Patrice Clavette, Technical Director & Lead Sound Engineer, Nouvelle Vie
2 September, 2021 by
GerrAudio Distribution Inc., Peter James

LONGUEIUL, QUEBEC:  Since 1993, Église Nouvelle Vie (New Life Church) has grown substantially – from 50 members to well over 3000 at its main Longueuil, Quebec, campus alone – becoming one of the largest multi-denominational and multi-ethnic church in the province. To meet the evolving needs of their congregation, both those who attend their three facilities in Quebec and those who are part of their larger, remote, global congregation, Nouvelle Vie has steadily expanded their ministry.

In doing so, flexibility and consistency in terms of the technology they deploy to spread their message of hope at home and abroad, have been key, and factored heavily into their ongoing reliance on DiGiCo consoles and their recent purchase of a Quantum 338, SD12, SD9, and KLANG Immersive In-Ear monitoring system, and a Clear-Com HelixNet digital partyline system for communications at their main campus in Longueuil.

“Nouvelle Vie is a bit like a US megachurch,” explains Patrice Clavette, Technical Director and lead sound engineer at Nouvelle Vie, who began working at the church in 2002. Patrice oversees all of Nouvelle Vie’s production needs in Longueuil and is in charge of training the church’s production staff. “We have a large music program with a contemporary worship band; drums, bass, guitar, piano, and 4 - 8 vocals – 15 monitor mixes on Sunday mornings is not uncommon! In Longueuil we used to have DiGiCo D1 and D5 consoles,” he continues, “but recently we upgraded to the Quantum 338 at FOH, an SD12 for monitors, and an SD9 to take care of the broadcast mix.” 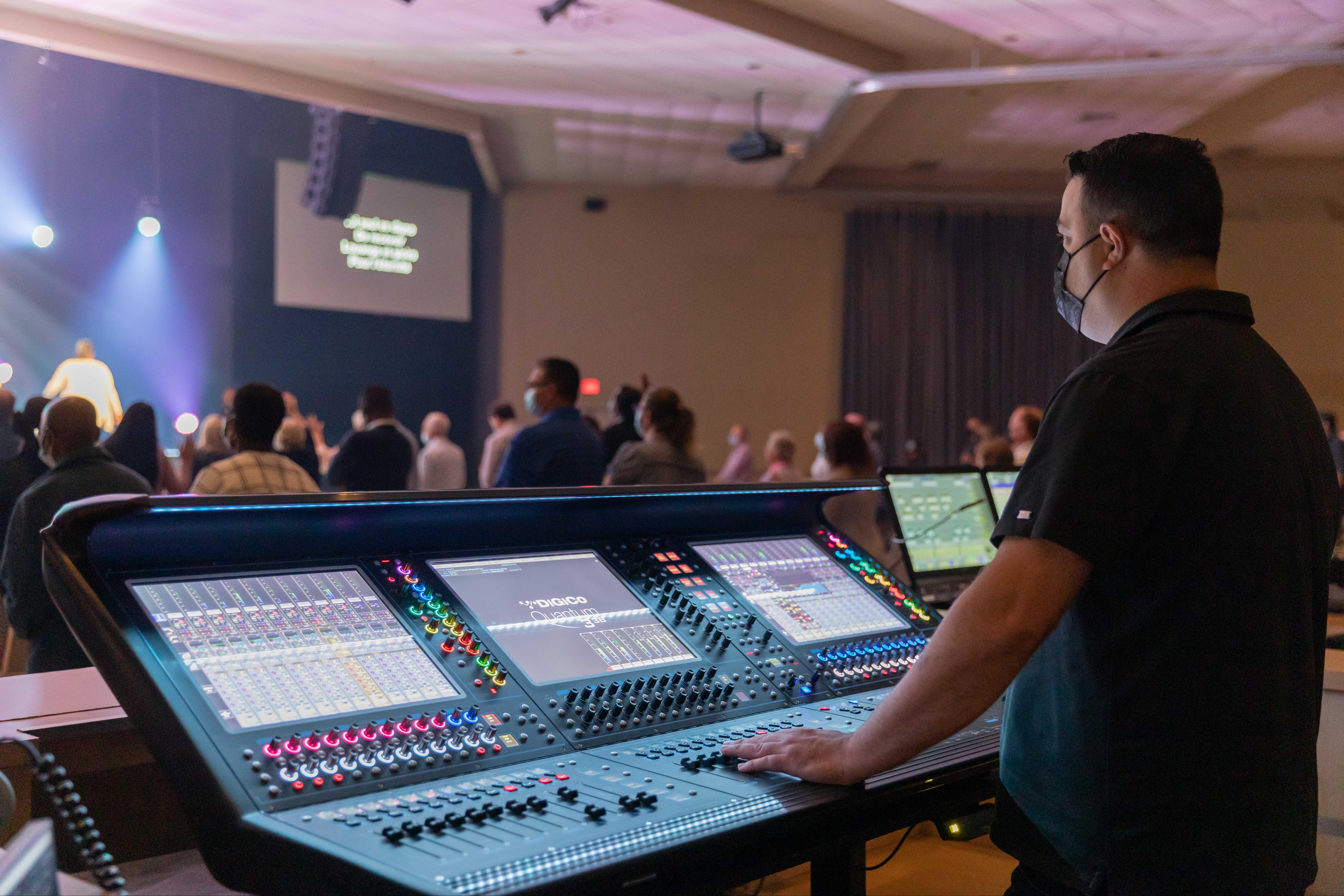 Although their previous DiGiCo consoles served them exceptionally well, “After twelve years it was just time to upgrade to newer desks,” Clavette says, adding that the choice of DiGiCo was never in doubt. A long-time user, Clavette first began using the company’s consoles in 2009 and has specified and purchased DiGiCo consoles exclusively for Longueuil, as well as for the church’s smaller campuses in La Prairie and Drummondville. “I’m a fan of DiGiCo. If you can think of something you want to do, their consoles have the flexibility to do it. I’m also a fan of the Quantum add-ons like the Spice Rack and Mustard processing - features that come with the newer desks that are very nice to have.”

With assistance from Mario Lessard out of Solotech's Montreal office, and installed in May 2021, the combination of DiGiCo and KLANG allows for rock-solid consistency – not only for sound reinforcement during services, but as a way of streamlining Clavette’s efforts to train others on the systems. “Most of our technicians are volunteers, which is another reason why we have DiGiCo everywhere, so they can go to any of our sites and maintain a consistent workflow. In our smaller churches, we do both FOH and monitoring from an SD9 with KLANG. At Longueuil, KLANG is more of a tool for the engineer to use,” he adds; a means to “add space” and customize the mixes to the individual tastes of their in-house musicians and visiting performers.

“Nouvelle Vie was one of the first churches in Canada that decided to adopt KLANG,” puts in Dany Legendre, GerrAudio’s Eastern Canada Technical Sales Manager. “They were looking for a solution for monitors, and KLANG compliments the consoles they have very well. When they decided to purchase an SD9 for La Prairie, because they have only one tech and one console in their smaller churches, we proposed KLANG so the musicians and singers could easily mix their own monitors. And because KLANG is now a part of DiGiCo, the integration between the console and the monitoring platform is seamless and intuitive for the user. Also, since their technicians work on every campus, they needed to have the same platform everywhere. So, when they decided to upgrade their consoles at Longueuil, it was a no-brainer for them to add the KLANG system as well.” 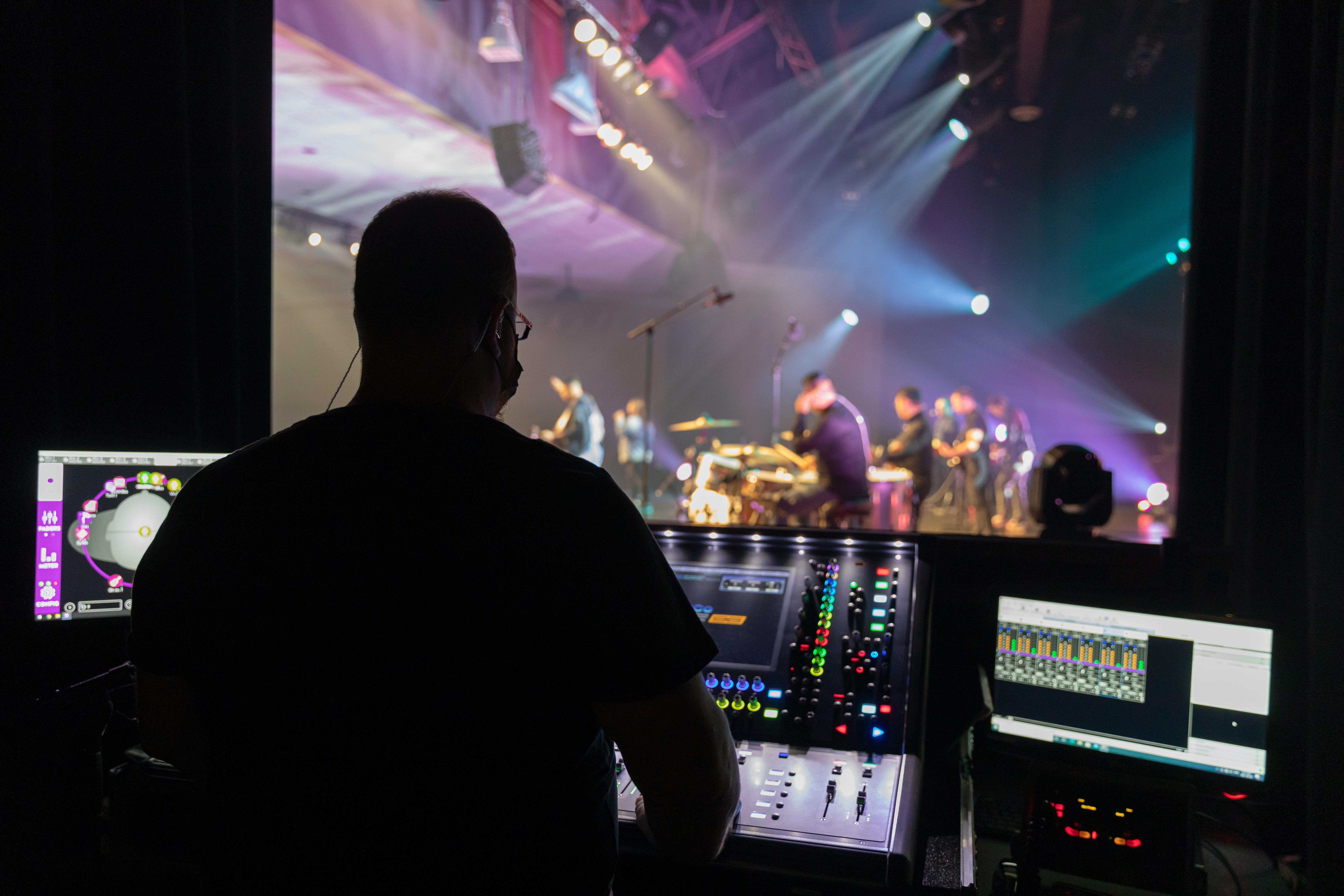 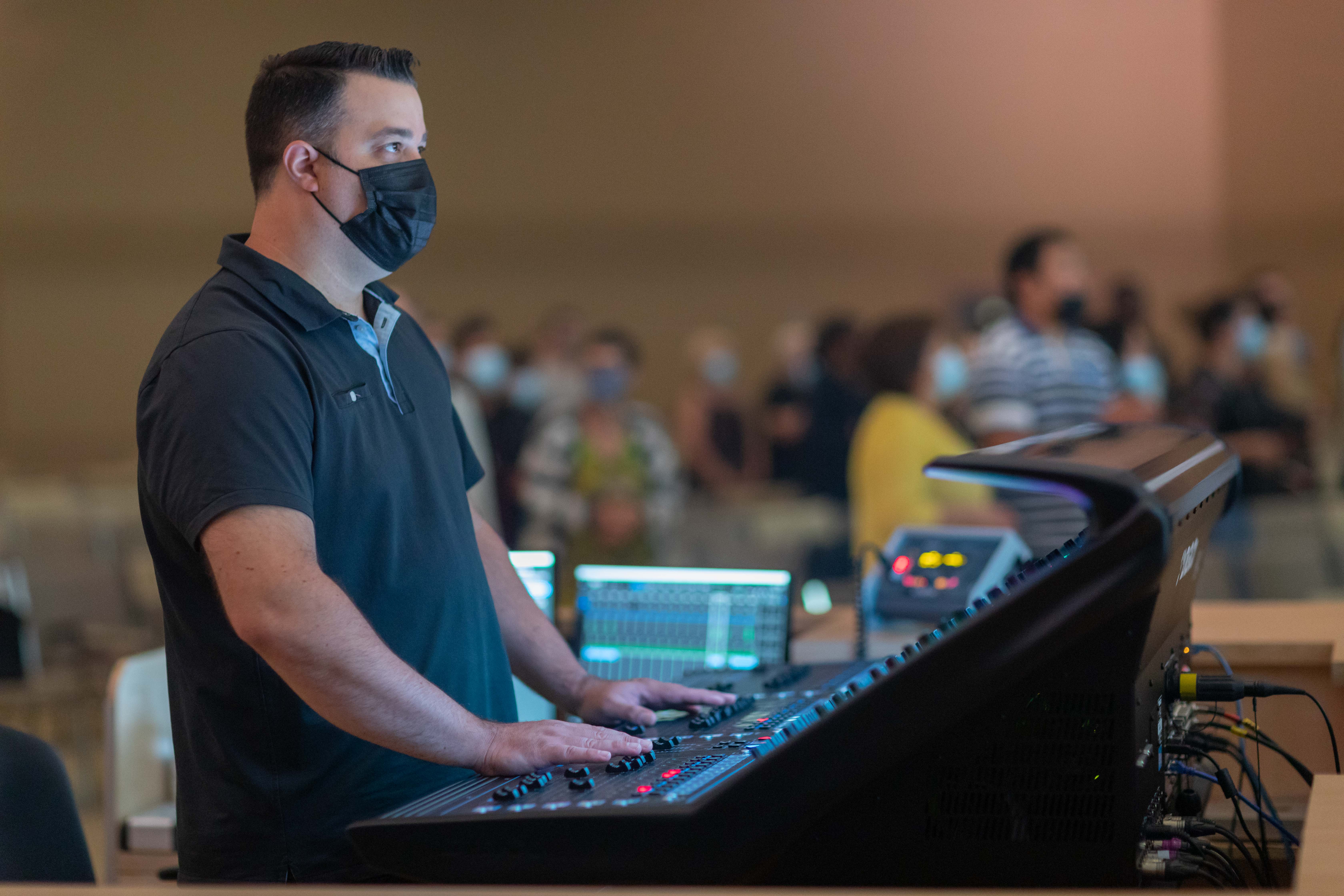 In addition to the consoles at their main Longueuil campus, Nouvelle Vie also upgraded their Clear-Com system to facilitate more complex shows and the ability to link communications from one worship site to another.  This was done with help from Christian Pageau at local Clear-Com dealer/integrator, Transmission Squelch.   “Previously we relied on a Clear-Com 2-channel analog partyline system,” says Clavette, “the new Clear-Com HelixNet system provides ease of configuration of many additional talk channels, and the ability to easily connect intercom communications from the church’s main site in Longueuil to its other sites using the LQ-Series Audio-over-IP interface.”  This allows the church to better facilitate communication both in-house and between campuses, as well as aiding in their evolving broadcast efforts that have increased substantially as a result of the pandemic.

While the consistency and flexibility of the technology Clavette deploys in his work at Nouvelle Vie are critical, so too is his lengthy relationship with GerrAudio - both when it comes to expanding the roster of high-quality audio brands they represent in Canada and in providing rock-solid, ongoing support for customers.

“I’ve worked with GerrAudio for a long time,” Clavette sums up. “If I have a question, they always have an answer.”

Read Next
Chris Kaplinski Favours DPA for Dwayne Gretzky 99 Song Telethon
"As soon as I heard DPA's vocal mic years ago, that was it for me. Their mics are incredible. So clean with this airy bottom end and great high end across the entire lineup of microphones." - Chris Kaplinski, FOH Engineer