DPA Adds Ambience to the Mix at the 2022 Canadian JUNO Awards Ceremony
"Unlike other 5.1 microphones, the 5100 doesn't have a hard, fast, 'this is left, this is centre, this is right' sound.  There's an amazingly smooth, transparent transition all around the horn."  -  Andrew Roberts, Senior Production Audio Mixer, CBC Toronto
2 June, 2022 by
GerrAudio Distribution Inc., Peter James

TORONTO, ONTARIO:  When the 2022 JUNO Awards were held on May 15th at Toronto’s Budweiser Stage, it was the first time the ceremony was conducted at an outdoor venue.  It was also the first time a DPA 5100 5:1 mobile surround microphone was used to capture ambient sounds for the mix.

Intended for a wide variety of uses – from film to live, broadcast, and studio applications – the 5100 was a welcome addition to the microphone package deployed for the audience mix, explains Jeff Kozak of Authentik Broadcast, Broadcast Mixer for the event. “I’ve used a competitor’s microphone for years on many surround sound applications. It’s always fun to try something new. But the thing that struck me most about the 5100 at the JUNOs was that it provided a super Omni-directional ambient bed that was very solid and stable, even and consistent all around the mic. It’s just a nice, smooth capsule. I was very happy with it and would definitely use one again. And I loved the low footprint and profile – it’s very discrete,” he adds, citing the importance of that for television broadcasts.

Both Kozak and audience mixer, CBC Senior Production Audio Mixer Andrew Roberts were impressed with what the DPA 5100 brought to the table. “Unlike other 5.1 microphones, it doesn’t have a hard, fast, ‘this is left, this is centre, this is right’ sound,” Roberts says. “There’s an amazingly smooth, transparent transition all around the horn.”

Initially, that quality made Roberts wonder if he wasn’t getting the definition he’d expected, but he adds, “The more I listened, the more I realized there’s plenty of definition. I was just used to another kind of vibe. I love that it’s completely phase-coherent, so when I folded things down, nothing disappeared. That’s really important. I’m not mixing for mono, but I always want to check how it folds down because a lot of people listen in stereo. It wasn’t like, all of a sudden, we were missing frequency bands, which sometimes happens with multi-capsule microphones.”

Having never used the 5100 before, Roberts says, “I wasn’t sure what I was going to get. All 5.1 microphones do what they do slightly differently. It was more a matter of ‘okay, we’ve got this great toy; let’s put it up and see what we get.’”

As for what it brought to the end result, “It’s always the sum of all the parts, but it certainly brought a richness to the mix,” Roberts says, adding that the 5100 was one of a number of microphones deployed to capture the sound of the audience and venue. He also notes that the application here was quite different from how, for instance, an engineer recording an orchestra would deploy a surround microphone. “I’m EQing the holy hell out of it to get rid of all kinds of wonderful warmth. I heard that warmth,” he adds, mentioning he put it up with no compression or EQ,. “And it was amazing, very clear. If one were to record an orchestra with it and hang that over the conductor’s head,  you’re going to have a fantastic 5.1 recording.”

Beyond that, Roberts cites the benefits of the plug-and-play nature of the DPA 5100. “I liked the fact that it was a straight-up, Lemo Multi-pin to XLR breakout, that you don’t need any secondary software to decode OTRF or any matrix stuff. If I only wanted to use the left and right, or the surround, it was there; I didn’t need to mess around.” Nor did his A2s, he concludes, “They were happy it has a regular mount. It may sound like a small thing, but to the people putting it up, it’s nice that all you need is a standard mic pole, and you don’t have to reinvent the wheel to hang the thing.” 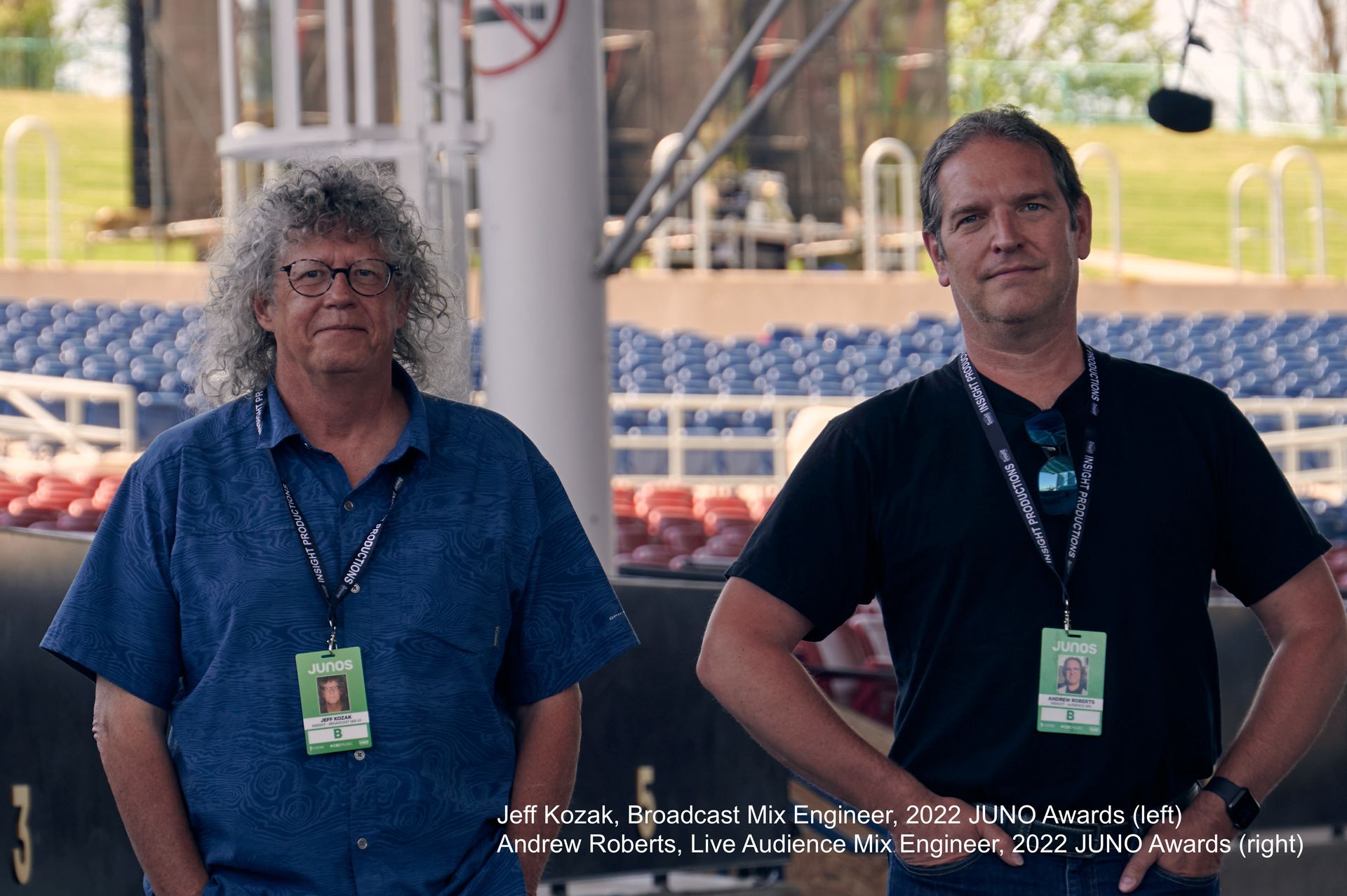 PreviousNext
Read Next
Harbourfront Centre Re-commissions Original 1980's Meyer Sound System
"It's very rare to be able to repurpose technology of that vintage and bring it back to factory spec, but the unique thing about Meyer Sound is that they manufacture in-house and can still provide modifications, upgrades and components for the majority of their legacy loudspeakers." - Ryan Borshuk, Senior Technical Coordinator, Harbourfront Centre, Toronto