Chris Kaplinski Favours DPA for Dwayne Gretzky 99 Song Telethon
"As soon as I heard DPA's vocal mic years ago, that was it for me. Their mics are incredible. So clean with this airy bottom end and great high end across the entire lineup of microphones." - Chris Kaplinski, FOH Engineer
2 September, 2021 by
GerrAudio Distribution Inc., Peter James

TORONTO, ONTARIO:  FOH engineer, Chris Kaplinski, doesn’t mince words about his preference for DPA microphones and DiGiCo consoles or, specifically, how his relationship with their Canadian distributor, GerrAudio Distribution, has contributed to that choice.

“Gerr’s been a massive supporter of mine since I was working with I Mother Earth in the early 2000s,” Kaplinski explains. “When I started with IME, I was working with Frontier Sound and Light and Gerr was introducing Waves and DiGiCo consoles. Frontier was one of the first companies in Canada to use DiGiCo, so my relationship with Gerr goes back a very long way. They only distribute the best of the best as far as I can see.”

Although the 49-year-old engineer started in the industry as a guitarist, from the first time he mixed a friend’s band live, he knew he’d found the sweet spot. “That first gig, it was literally, ‘This is it; I’m doing this for the rest of my life.’ Once I found the mixing console, that became my new instrument. So, I went from playing in bands to mixing them.”

Since then, Kaplinski has mixed for a wide range of artists including American artists such as Gogol Bordello, and Matisyahu, as well as Canadians such as Monster Truck, Bedouin Soundclash, and Lights. One of the most challenging gigs he has undertaken over time, however, is mixing Dwayne Gretzky, a Toronto-based ten-plus-piece band whose theatrical flair and ability to draw on a repertoire of some 600 songs have won them a reputation for being just about one of the most satisfying and joyful live shows in the business.

It is an extraordinarily demanding gig. He says, “The first show I did with them two years ago had two drummers, strings, horns – both small sections for that show. But for larger shows, it’s a full string and horn section, four or five guitar players, two to three keyboard players, and seven or eight vocalists. It's intense, but it’s so fun and they’re an amazing band.” An amazing band that displayed amazing endurance during a 2021 Victoria Day livestream – a '99 song telethon' at the end of May that lasted over eight hours and for which Kaplinski deployed a comprehensive suite of DPA microphones supplied for the occasion by GerrAudio. 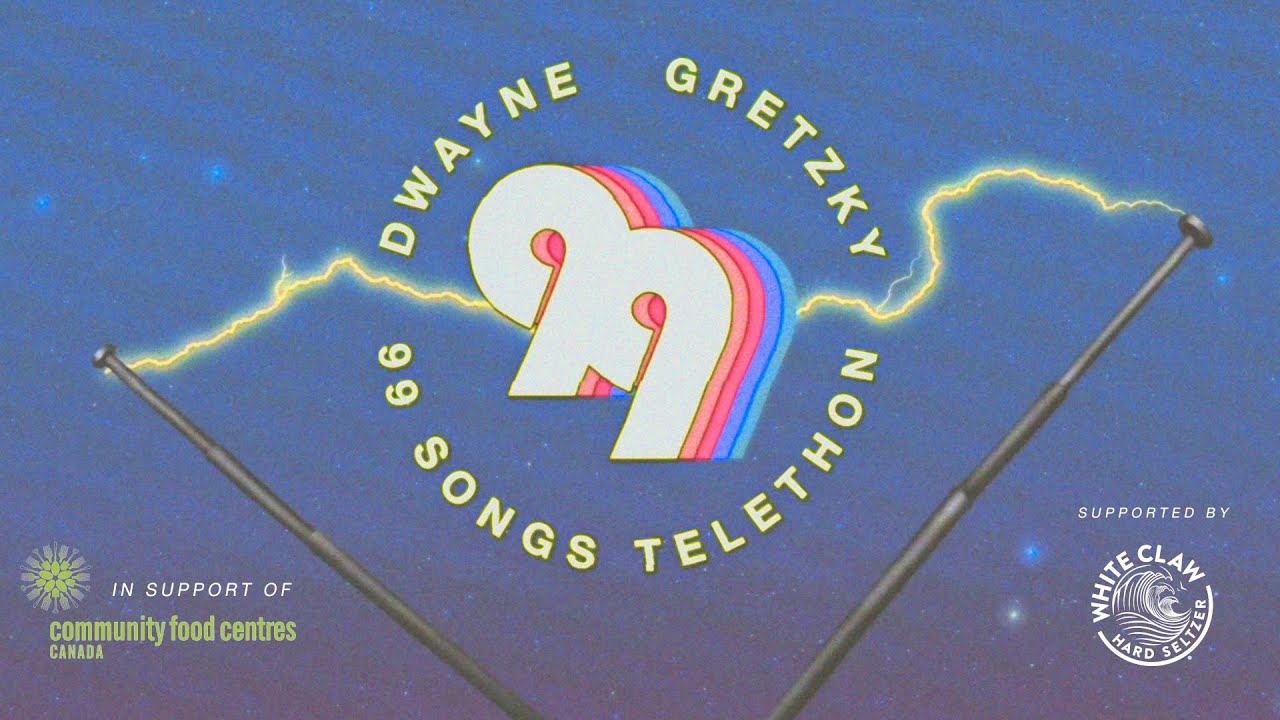 It’s perhaps the Toronto-based band’s most ambitious gig to date, for which the band has stated: “We’re going non-stop until 99 full songs are delivered to you… or until all our fingers begin to fall off.” All in support of a good cause, Community Food Centres Canada.

As for his decision to use DPA almost exclusively for the gig, with the views of the band’s New Year’s show going up and up, Kaplinski wanted to up the game in terms of capturing his sources: “To take it up another notch with a better microphone selection. So, I went to GerrAudio with my wish list.”

While he did use some other manufacturer’s microphones for the gig, he relied heavily on DPA for the drum kit (DPA 4099s and one 2011), guitars/acoustic piano (DPA 2011s), and deployed DPA 2028s exclusively for all eight vocalists.

“I mic’d the bottom of the snare with two 4099s. In stereo, it’s killer and something I’m always going to do from now on. With the DPAs on guitars, you get the full bandwidth of the guitar – it’s so clean.”

Given his long history with Gerr and DPA, his choice of the suite of mics for this show was a no-brainer. “I’ve used their mics for a long time; since Gerr started distributing DPA and putting them in the hands of techs. As soon as I heard their vocal mics, that was it for me. There’s no harsh sibilance. So, I ended up trying other DPA mics and they’re incredible. The bottom end is untouchable. They’re so clean and clear with this airy bottom and great high end across the whole range of their microphones.”

Kaplinski also praised the benefits of DPA in other gigs – for capturing pristine acoustic strings, in his work with Lights, and as a means of coping with intense stage volume for bands like Monster Truck – pointing to not only DPA’s quality but their reliability. 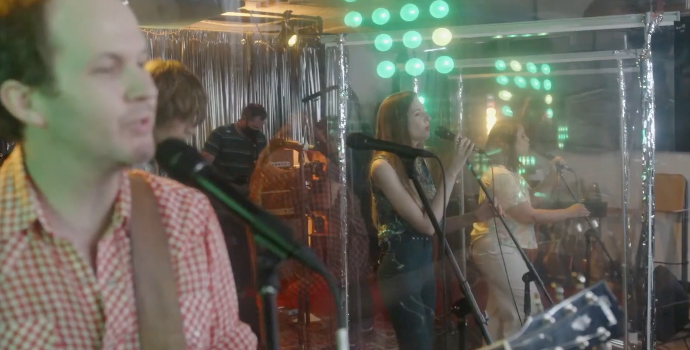 That also factors into his preference for DiGiCo consoles in general, and the SD11 in particular. “It’s the best bang for the buck console. I use it for a lot of bands and can do pretty much whatever I want to with it. I love that I can mix a huge show on 12 faders. That I can go anywhere with my console. It’s so slick – especially when you’re an opening band – to roll in with DiGiCo and take up so little real estate.”

While a primary concern is class-leading technology and high-quality sound, Gerr’s service is also a huge factor, Kaplinski says: “With Matisyahu, I brought out an SD8 and an SD11 – by myself. I remember being out with him, playing a gig in Ohio and we had a problem with the SD11.”

While that’s rare with the desk, he adds, when something does go south, he knows GerrAudio has his back. “Their customer support is untouchable. One time, Ian Roberson (Manager of Technical Services/Industry training specialist), actually drove overnight to install a motherboard in my DiGiCo console. He had it open, replaced it, and it worked. Any time I have a problem and call GerrAudio, they pick up right away. There’s never been an issue they haven’t been able to help me out with.” 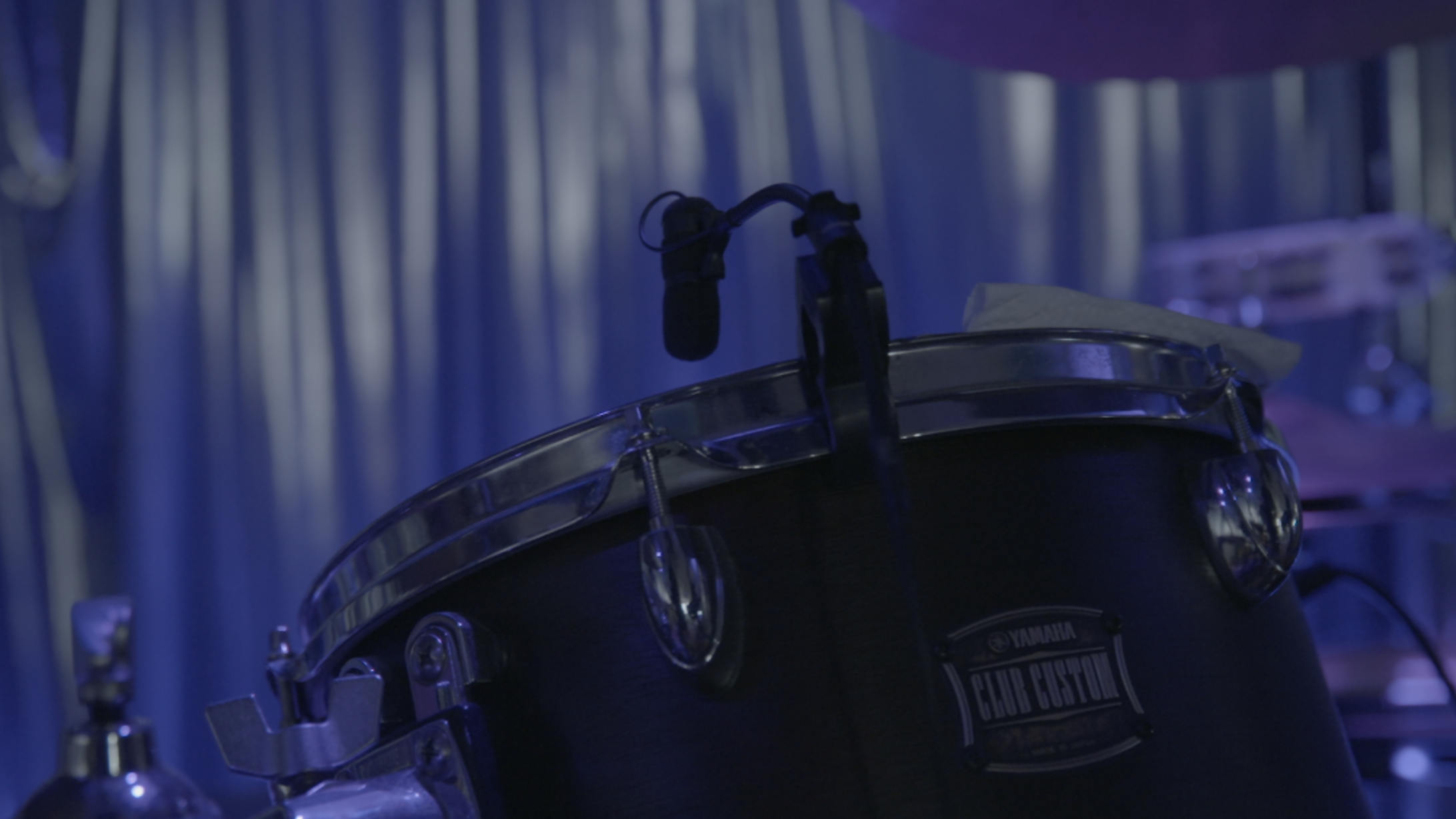